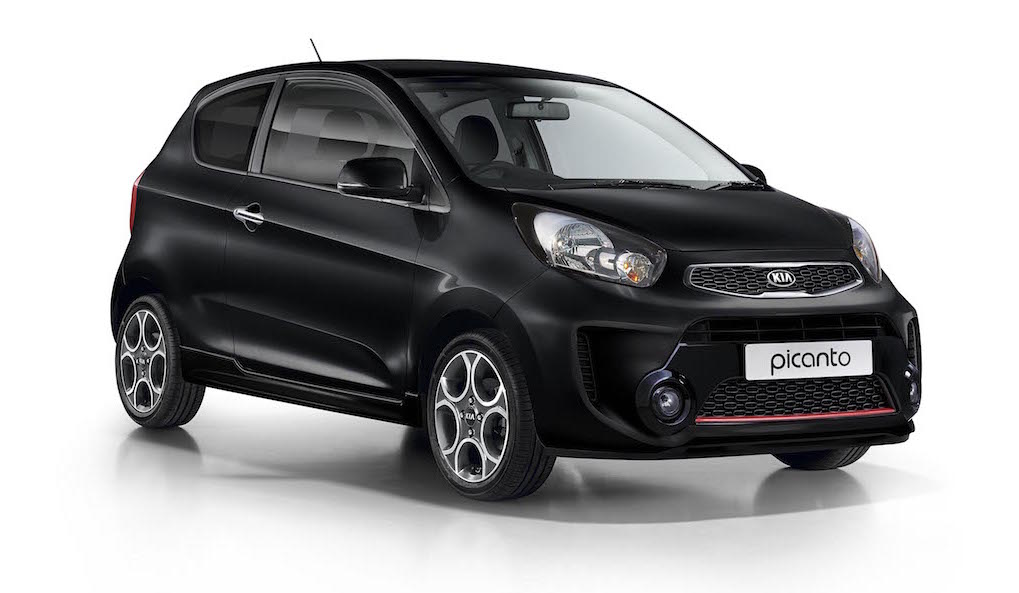 Two sporty Chilli models have been added to the Kia Picanto range, which now features EU6-compliant engines. The Chilli variants are part of the Picanto Originals series, a rolling programme of high-specification, value-priced models changed at frequent intervals to offer buyers something out of the ordinary.
Both of the new Chilli models are three-door cars powered by a 1.2-litre four-cylinder petrol engine developing 84bhp and 120Nm (89lb ft) of torque. They offer buyers the option of a five-speed manual gearbox or a four-speed automatic which will be particularly attractive to those who do most of their driving in congested towns and cities.
In line with all Picanto Originals, the Chilli models offer a high specification for a mid-range price, sitting above the SR7 grade in the . The manual costs £11,495 on the road, while the automatic is £12,095, both are on sale from 1 July 2015. They sit above the SR7 models in the Picanto line-up.

A sporty look inside and out

As the name implies, the Chilli variants are particularly sporty and spicy in appearance while retaining a proven powertrain that brings inexpensive, no-nonsense running costs.
The already sharp looks of the three-door Picanto have been enhanced by stylish new front and rear bumpers and a twin exhaust tailpipe. There are also additional side sill mouldings painted to match the body colour. The Chilli models are finished in red, black or white paintwork. Sporty-looking five-barrel 15-inch alloy wheels shod with 175/50 tyres are the final finishing touch.
This is complemented by the equally sporty interior. The seats are in black faux leather with striking red and grey cloth cushions and backrests to match the inserts on the doors. There are aluminium pedals with non-slip rubber pads, while the centre fascia, steering wheel bezel and gearshifter top are finished in classy Gloss Black.
The Chilli versions are the first Picantos to be fitted with satellite navigation including European mapping, similar to the system found in Kia’s Rio and Venga ranges. This is linked to a seven-inch touchscreen and includes a reversing camera. A six-speaker audio system is also standard.

The Picanto now features EU6-compliant powertrains in eight models, with the remainder due to be converted a little later in the year. The 1.0-litre, three-cylinder Picanto 1, SR7 and 2 variants – three- and five-door – now meet the latest emissions standard, as do the two 1.2-litre, four-cylinder Chilli models.
The 1.0-litre Kappa EU6 engine develops 65bhp and 95Nm (70lb ft) of torque and has fuel economy of 62.8mpg with CO2 emissions of 105g/km. It is available only as a five-speed manual. The 1.2, also from the Kappa family, develops 84bhp and 120Nm (89lb ft) and has economy and emissions figures of 61.4mpg and 106g/km with the five-speed manual gearbox, or 50.4mpg and 130g/km with the four-speed automatic.
As with every Kia, the Picanto range comes with a unique-in-the-UK seven-year or 100,000-mile warranty, subject to certain wear and tear conditions. It is fully transferable should the car be sold before the time or mileage limits have been reached.