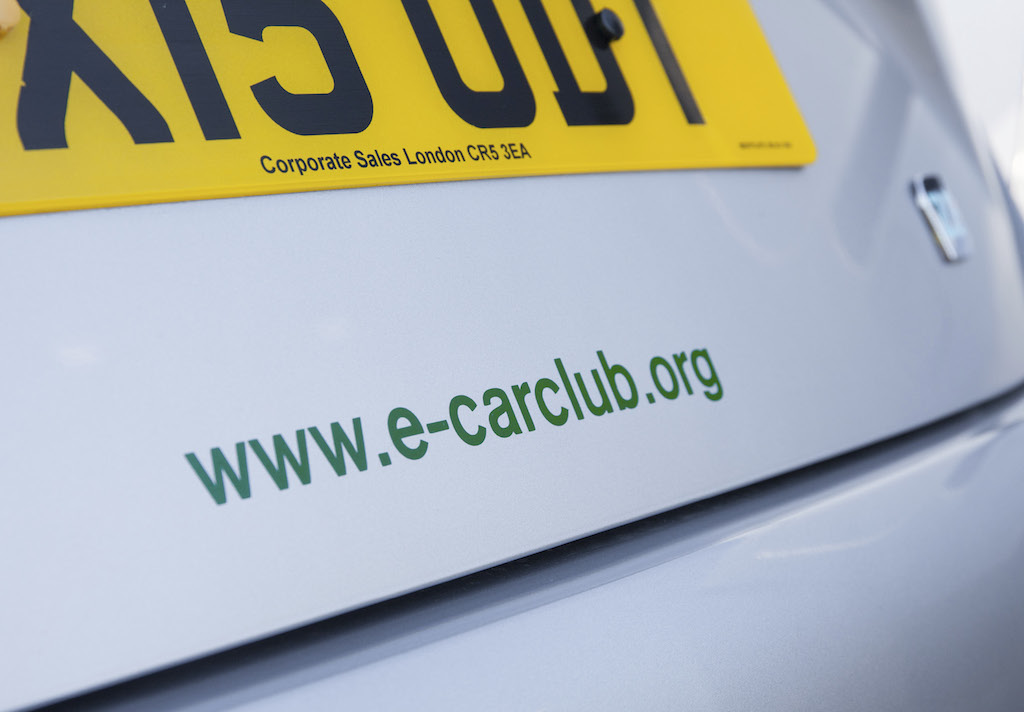 A leading UK car sharing club has chosen an all-Renault fleet of eight 100 per cent electric ZOE hatchbacks and two all-electric Kangoo Van Z.E. for its first launch in Scotland.
E-Car Club is launching in St Andrews in partnership with St Andrews University and Transport Scotland.
Its fleet of 10 Renault vehicles ­will be located across the town, famous for its golf club and university, and will be available for the public to hire on an hourly or daily basis.
E-Car Club chose the ZOE Dynamique and Kangoo Z.E. Maxi as it has found them to be reliable and extremely popular with its members at its other locations across the UK.

Ben Fletcher, Renault UK’s Electric Vehicle Product Manager, said:
“This deal confirms Renault’s status as a major player in the EV market.  We value the importance of electric car sharing in helping to reduce congestion and improve air quality in our towns and cities.”

“Local residents and tourists alike can now take advantage of these schemes knowing they are benefiting the environment around them and saving money at the same time.”

The E-Car Club represents a positive step in reducing the towns’ carbon emissions, and towards the University of St Andrews’ goal of becoming the UK’s first carbon-neutral university.  The objective of the scheme is to improve local mobility, whilst reducing parking and congestion issues in an environmentally-friendly and affordable way.
Hire rates in St Andrews are extremely competitive costing just £4.50 per hour – or £35 per day (24 hours) – for the Renault ZOE, and £6.50 per hour – or £50 per day – for the Kangoo Van Z.E.  The price includes power and insurance.
E-Car Club is the UK’s first entirely electric car club, operating in multiple locations across the country with the objective of reducing the necessity for private car ownership and improving social mobility in a cost-effective, environmentally-friendly way.

Chris Morris, Managing Director of E-Car Club said:
“I’m delighted to be able to officially announce the launch of E-Car Club in St Andrews. This is particularly significant to us as our first scheme in Scotland – once home to many of the E-Car team including myself – and our largest single deployment of vehicles to date.”

“St Andrews has an active sustainability agenda combined with some complex mobility needs. As a relatively remote community car ownership is naturally seen by many as essential, yet its historic layout and compact size have led to ever increasing congestion and parking pressure.”

“E-Car is a low cost, flexible and environmentally sustainable transport option which we are confident will prove popular with the local community, university students and tourists alike.”

The ZOE is an all-electric, five-door family hatchback available in three trim levels that comes with a very high level of standard specification, despite its competitive price-tag, which starts from £13,443 after the Government Plug-in Car Grant.  Standard specification includes items such as climate control and sat-nav.
ZOE is available with a number of features that make for seamless electric vehicle ownership including remote monitoring of the battery and pre-heating the cabin via your smartphone as well as the Chameleon™ Charger that allows ZOE to make the most of the widest range of power supplies meaning excellent charging times in the real world. Retail ZOE customers also benefit from the free installation of fast-charging wall box at home.
ZOE holds the title of What Car? 2015 ‘Best Electric Car for less than £20,000’, making it two What Car? awards in two years for the 100% electric hatchback.
The Renault Kangoo Van Z.E. is the world’s first 100%-electric van produced directly by a mass-market vehicle manufacturer. The official range of 105 miles means that the vast majority of van users’ daily driving can be done on one charge.
Sales of Renault’s electric vehicle range, comprising of ZOE, Twizy and Kangoo Van Z.E, rose by 90 per cent in 2014 compared to the previous year.