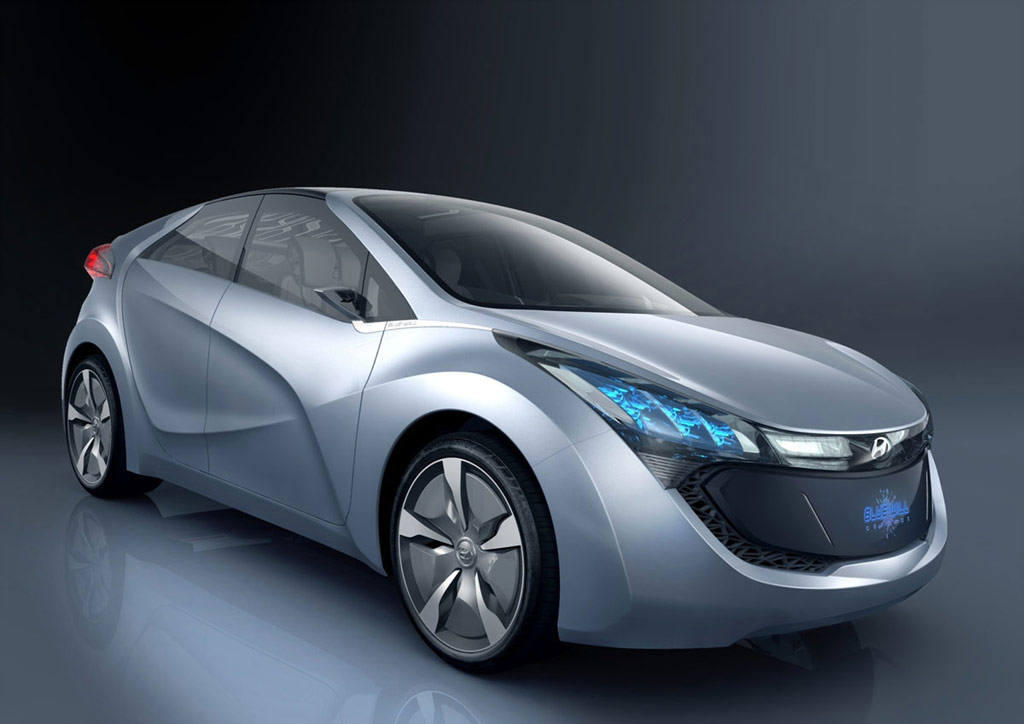 Hyundai has revealed the first pictures of an innovative plug-in hybrid concept car. Due to be revealed at the Seoul Motor Show which opens on April 2nd, the “BLUE-WILL”, has exceptionally advanced technology crammed inside its striking bodyshell.

Recycled PET soft drink bottles were used to make the material for the headlamp bezels while use has also been made of bio-plastics: PLA for the interior while PA11 was specified for the engine cover. These materials are made from plants extract rather than fossil fuels and are bio-degradable.

The BLUE-WILL concept is powered by an all-aluminium Gasoline Direct Injected 1.6-litre engine which is coupled to a Continuously Variable Transmission and a 100kw electric motor which is at the heart of Hyundai’s parallel hybrid drive architecture.

Electric power, stored by a Lithium Ion Polymer battery pack, is neatly bundled with the fuel tank under the rear seat to maximise luggage space.

Hyundai will be the first automaker in the world to apply Lithium Ion Polymer in a mass production vehicle when the Elantra LPI Hybrid goes on sale in Korea in July this year.

A further expression of the concept’s design flexibility is found on the panoramic roof. The glass area integrates dye-sensitized solar cells which can generate power for the batteries from the sun without impeding visibility.

Further details of the concept will be revealed at a press conference on Hyundai’s stand at the Seoul show.