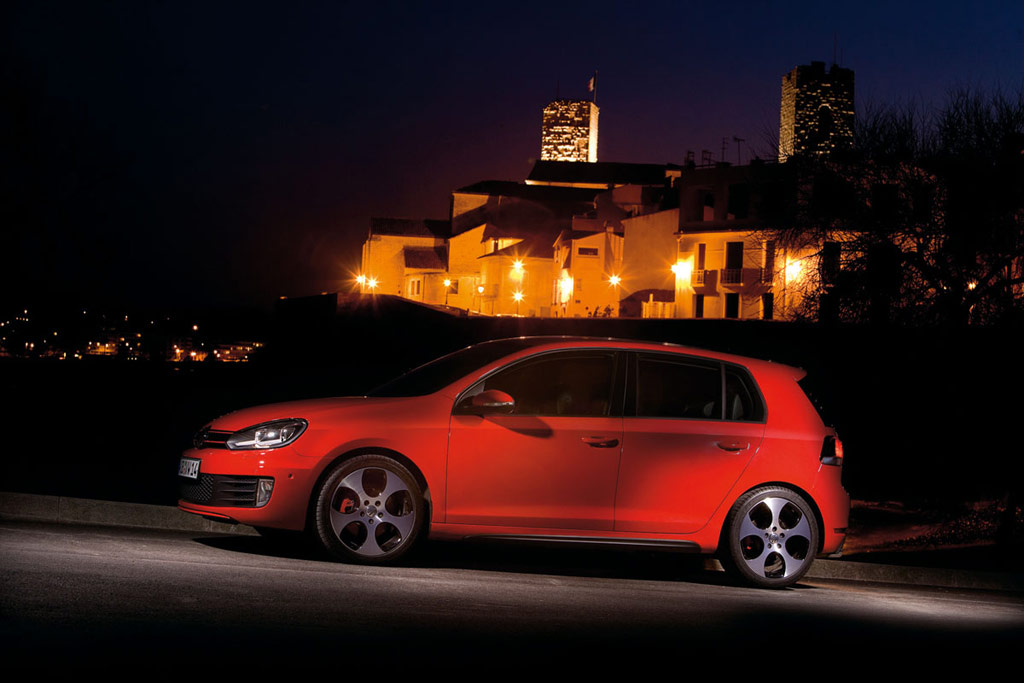 Almost 36 years to the day since a small band of engineers started work on the first prototype GTI, the very latest evolution and sixth generation of the original hot hatch has been released for ordering at Volkswagen Retailers.

The elements identified by the engineers back in March 1973 that defined the original GTI remain; sharp dynamics, a responsive four-cylinder engine and driver involvement are at the core of the new GTI. Yet it has evolved – the Mk VI Golf GTI is faster, sharper and more powerful than any standard GTI before it. However, the day-to-day usability of the GTI has not been forgotten and it is cleaner, safer and more efficient than ever before.

An advanced new 2.0-litre TSI engine, available linked to either a six-speed manual or DSG gearbox, is at the heart of the new GTI. Although sharing the same 1,984 cc displacement as the 2.0-litre T-FSI engine it replaces, the new TSI unit features substantial changes including modified pistons and piston rings, an improved oil pump, new induction system and a high-pressure fuel pump.

Despite the rise in power output, the new GTI is assured of greater traction in all conditions thanks to a standard new XDS electronically controlled differential. A series of sensors detects when, through hard cornering for instance, the inside wheel is not sufficiently loaded and applies braking pressure via the Electronic Stabilisation Programme (ESP) in order to restore traction. The result is less wheelspin and greater control and precision on demanding roads.

Maintaining the sharp responses expected of the GTI are unique springs and dampers linked to a ride height lowered by 22 mm at the front and 15 mm at the rear. The strut-type front and multi-link rear suspension is joined by new anti-roll bars to provide sharper responses. In addition, Volkswagen’s innovative Adaptive Chassis Control system (ACC), featuring pneumatically controlled damper units, is offered for the first time on the GTI. This allows the driver to select from normal, comfort or sport modes to define the desired suspension, steering and accelerator response settings for any particular journey.

The mechanical changes are joined by subtle cosmetic additions. The basis of the GTI is the chassis structure of the new Mk VI Golf, onto which is added an aggressive new front bumper. This features a deep honeycomb airdam framed by vertical foglights which sit below a new grille element adorned by the now iconic GTI badge. As with the Mk VI Golf, the GTI uses horizontal lines to make the new car appear lower and wider than it really is. In reality, the new GTI is 27 mm wider than the car it replaces.

At the rear, a diffuser is located between an all-new exhaust system with separated tailpipes to lower further the stance of the car. A subtle rear wing sits above a pair of smoked rear light lenses and a single ‘GTI’ badge.