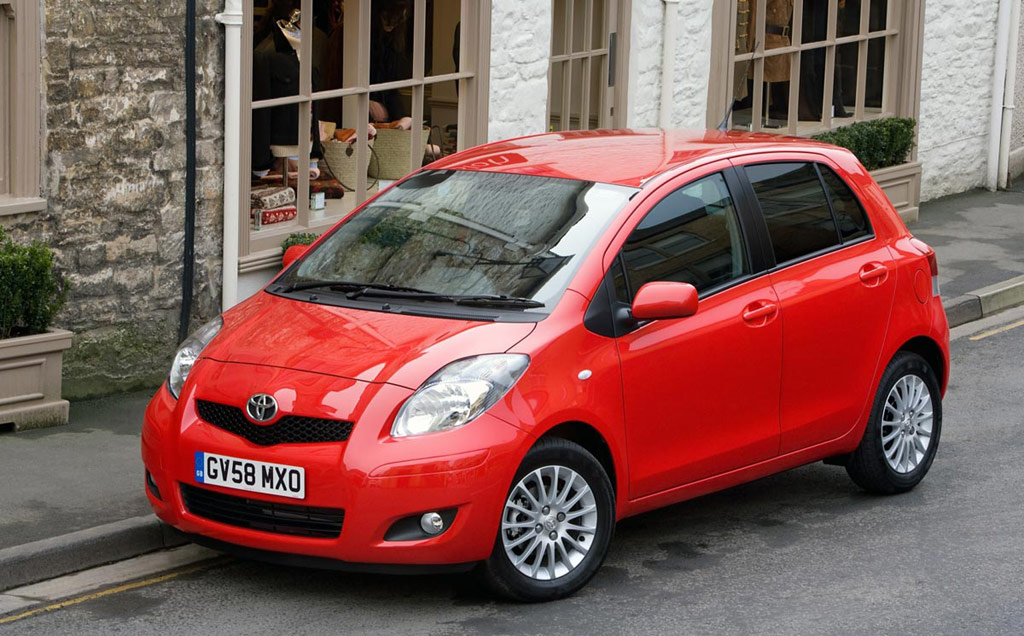 Too often motorists are expected to make sacrifices in performance or comfort for the sake of environmental considerations. Toyota doesn’t believe that needs to be the case and with the launch of its 2009 Yaris demonstrates that lower emissions and fuel consumption can be delivered without compromise.

No model in the new 2009 Toyota Yaris range emits more than 120g/km of carbon dioxide, thanks to the successful adoption of Toyota Optimal Drive across the entire range. At the same time, Yaris is every bit as well-specified, comfortable, reliable and safe as before.

Toyota Optimal Drive, introduced at last year’s Paris Motor Show, covers a range of technologies that promote greater powertrain efficiency. In line with Toyota’s guiding principle of kaizen – continuous improvement – engineers have improved combustion efficiency, reduced engine and transmission weight and reduced friction to produce engines that deliver more power and are fun to drive, yet at the same time are more efficient and economical.

The 2009 Yaris features a range of new and revised engines that benefit fully from the technical advances delivered by Toyota Optimal Drive. The line-up comprises a new 1.33-litre Dual VVT-i petrol unit with a Stop & Start system and improved versions of the award-winning 1.0-litre VVT-i three-cylinder petrol unit and the 1.4-litre D-4D diesel. A new six-speed manual transmission also debuts in Yaris. Matched to the 1.33 VVT-i and 1.4 D-4D engines, it is smaller, lighter and more efficient than the five-speed gearbox it replaces.

Toyota’s 1.33-litre petrol engine is new to the Yaris range, having made its debut in Auris and new iQ at the end of last year. It features state-of-the-art Dual VVT-i (variable valve timing – intelligent), produces 100bhp (101 DIN hp) and has the highest compression ratio of any petrol engine on the market at 11.5:1.

The in-line four-cylinder unit produces 132Nm of torque at 3,800rpm and returns 55.4mpg in combined cycle driving, with both six-speed manual and MultiMode transmissions.

Advanced engineering was applied through the development of the new engine, with streamlining of the intake channel, and smoothing of surfaces and rounding off of all angles and edges inside the block to improve airflow and reduce turbulence.

Using a resin cylinder head and intake manifold has yielded substantial weight savings and a new, highly rigid aluminium crank case is connected to the transaxle case, which improves the rigidity of the joint in the powertrain and reduces friction and noise levels.

Further changes that benefit all-round performance include a new camshaft profile, reduced friction and weight in the valve gear, and a maintenance-free hydraulic lash adjuster.

A new Stop & Start system is featured as standard on the 1.33 Dual VVT-i engine with six-speed manual transmission. This automatically stops the engine when the gear shift is moved to neutral and the clutch pedal is released; the engine restarts as soon as the clutch is depressed again.

Immediate restarting is made possible by a permanently engaged gear mechanism and there is no hesitation in a rapid stop and start sequence – the engine does not have to stop fully before firing into life again. The system reduces fuel consumption and CO2 emissions, and operates smoothly and silently.

Leading B-segment on economy, performance and cost of ownership

The introduction of the 1.3 Dual VVT-i engine with Stop & Start gives Yaris a strong competitive edge in the B-segment, delivering performance and emissions that its key competitors simply cannot match. This advantage extends into on-going ownership cost benefits.

While the new engine’s emissions and fuel consumption are better than rival 1.2-litre units, power and torque are also superior to other 1.4-litre power plants.

In performance terms, the Yaris 1.33 delivers 35 per cent more power than the Renault Clio 1.2 and about 25 per cent more than the 1.2 engines in Ford’s new Fiesta and the Vauxhall Corsa and the 1.4 unit in the Volkswagen Polo. At the same time, official combined cycle fuel consumption is 12 per cent lower than the next-best rival, the new Fiesta 1.25.

Within the B-segment the Yaris 1.33 Dual VVT-i is also the only model in its class to fall within band B for Vehicle Excise Duty, giving an annual road fund licence bill for 2008/9 of just £35.

Toyota’s three-cylinder VVT-i petrol engine has twice been a category winner in the sub-1.0-litre category of the International Engine of the Year Awards and enters 2009 with even better fuel consumption and emissions performance. Toyota engineers have worked on the unit to deliver the following improvements: –

TR versions of the 2009 Yaris ride on low rolling resistance tyres, further contributing to lower fuel consumption and CO2 figures. Together the measures achieve a reduction in CO2 of close to 10 per cent compared to the previous model.

The 1.4 D-4D diesel engine features latest-generation common rail technology and an intercooled turbocharger. Power has been increased slightly to 89bhp (90 DIN hp) and maximum torque is greater by 15Nm at 205Nm, produced between 1,800 and 2,800rpm, giving more pulling power at lower engine speeds.

Official combined cycle fuel consumption is substantially improved, cut from 62.8 to 68.9mpg with manual transmission, 67.3 with the MultiMode (M/M) gearbox. Likewise emissions have been reduced, falling from 119 to a class-leading 109g/km (110g/km with M/M).

As part of the Toyota Optimal Drive technology applied to the new 2009 Yaris. A six-speed transmission has been developed for the 1.33 Dual VVT-i and 1.4 D-4D 90 engines. This new unit deliverS world-class efficiency and improved fuel economy, thanks to a wider ratio for sixth gear. Driving performance is also enhanced. And shift feel is better, with a new shift structure that is quiet and gives a smooth feel to clutch operation.

The system has been tuned to give sportier performance than before, with a reduced clutch activation time and the addition of paddle shifts on the steering wheel. With less of an interruption in the driveline during gear shifts, the shift-shock effect has also been reduced.

Styling changes for the 2009 Yaris are evolutionary, designed to strengthen the car’s dynamic and sophisticated qualities.

The bonnet and bumper are more closely integrated, and protection mouldings have been incorporated. Changing the bumper design has increased the car’s overall length by 35mm.

The radiator grille has a new rippled mesh design that radiates out from the central Toyota badge. The larger front spoiler, spats and changes to the underfloor design contribute to the car’s all-round smooth aerodynamics.

The Yaris grade structure has been revised with two new focus grades, TR and SR, plus the established T2 and T Spirit trim levels.

European Production
Yaris continues to be built at Toyota’s Valenciennes factory in France. The plant began operations in 2001 and now exports cars to 25 countries across Europe. Production capacity was recently increased to a maximum 270,000 units a year.

Valenciennes built its one millionth Yaris in December 2006 and to date has attracted investment of around €897 million. Approximately 3,850 people work at the factory.

Valenciennes was the first Toyota plant outside Japan to adopt the Global Body Line, a configuration of robots that can be programmed to build a number of different vehicle styles, without the entire factory having to be modified.

Although only a single model is built there, it is produced in four derivatives: left and right-hand drive, with petrol or diesel engines. Each version requires different parts and production steps. The flexibility of the Global Body Line can also be harnessed to build completely different models on the same assembly line at the same time.