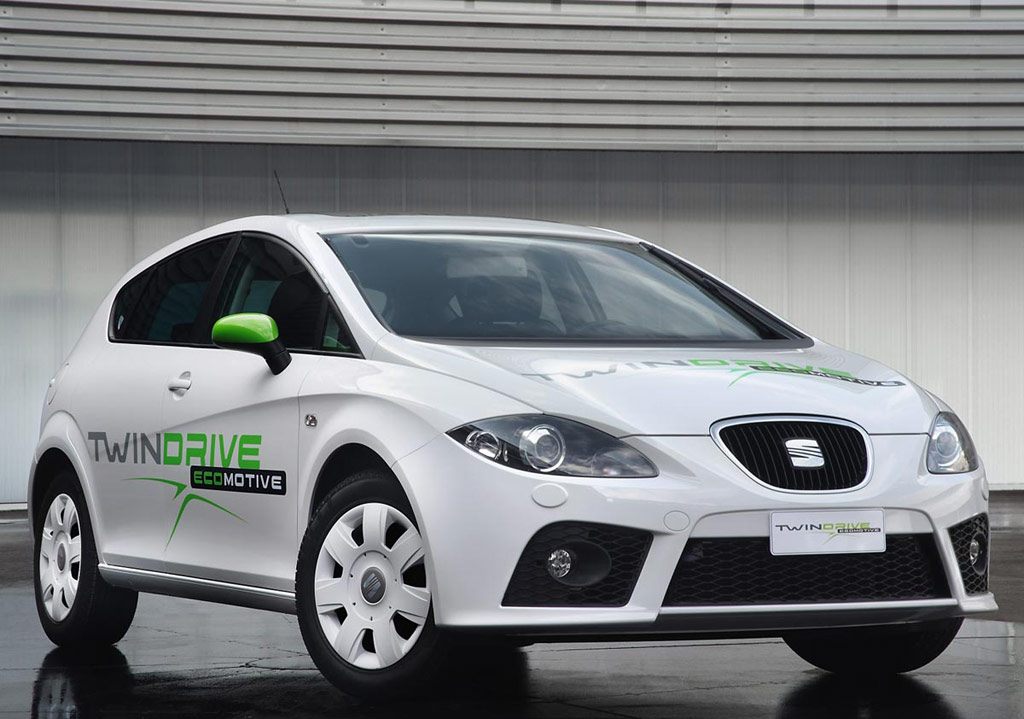 A radical new SEAT, conceived to run on electric power or a conventional petrol engine, has been unveiled in Spain. The green-minded Leon Twin Drive Ecomotive prototype made its debut at the SEAT Technical Centre in Martorell, near Barcelona.

The ultra-low emissions concept was unveiled in front of Spanish Government minister Miguel Sebastián, as well as Catalan and local government representatives. As its name suggests, the innovative Twin Drive concept is being developed to pioneer important advances in hybrid technology.

The initial aim is for Twin Drive-equipped SEATs to run on electricity in urban areas, switching seamlessly to conventional petrol or diesel power for longer trips out of town. So-called ‘plug-in’ hybrid propulsion, as well as the eventual phasing out of the internal combustion engine in future Ecomotive models, is also on the agenda for SEAT.

Mr García Sanz said: ‘Half way through the last century we made a decisive contribution to putting a whole generation on wheels. Today, 50 years on, we also want to be leading players at the beginning of a process of development and industrialisation of this type of car.’

The car shown at Martorell features an electric motor powered by lithium-ion batteries. There has been extensive modification of the gearbox, brakes, heating and cooling systems, while major changes to the vehicle’s electronics have also been carried out.

As things stand, of course, SEAT is already at the forefront of low emissions, high economy motoring with models such as the new generation Ibiza Ecomotive, current Leon Ecomotive and Alhambra Ecomotive all leading the way in their respective segments of the market.

The forthcoming new Ibiza Ecomotive, for instance, is capable of 76.3 mpg on the combined cycle (94.2 mpg extra urban), with joint best-in-class CO2 emissions of just 98 g/km.