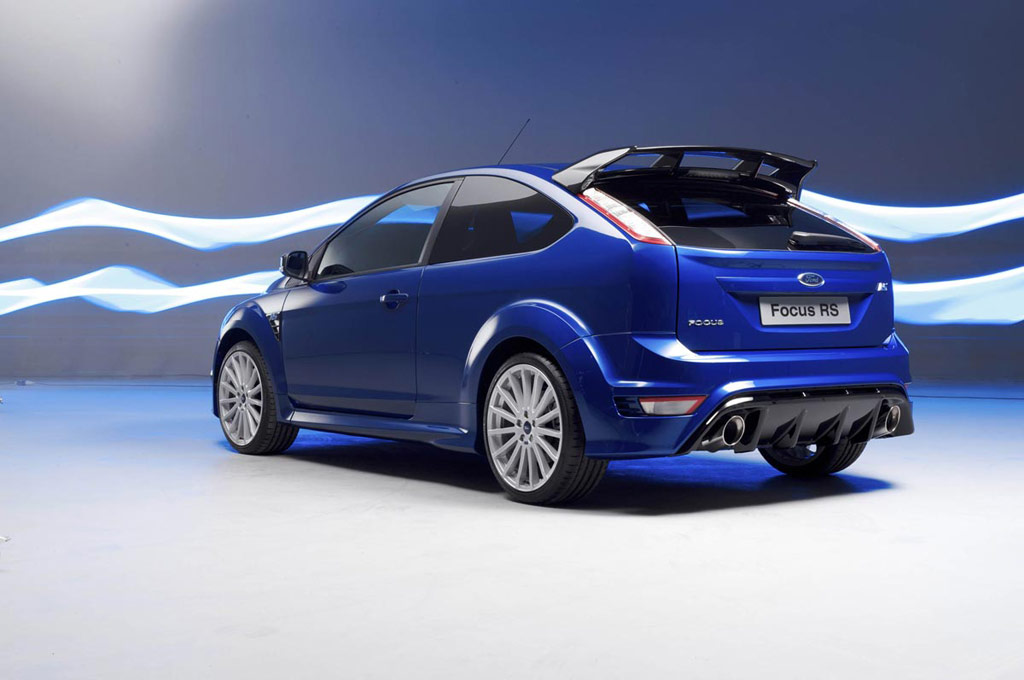 The first production example of the exciting new Ford Focus RS rolled off the production line today at Ford of Europe’s Saarlouis plant in Germany.

The 305 PS (224 kW) / 440 Nm top of the range performance version of the Focus extends the flexible production mix at the Saarlouis Plant. The German facility already produces the Ford Focus range in 3- and 5-door hatchback, wagon and sporty ST bodystyles, plus the C-MAX and Kuga models.

Saarlouis is one of Ford’s seven vehicle assembly plants in Europe. More than eleven million vehicles have been produced there since its opening in 1970, including the Ford Escort, Fiesta and Capri.

The new Ford Focus RS will be available in more than 20 European countries including Russia, with the UK, Switzerland and Germany expected to be the highest volume markets.

The Saarlouis team will build into the car a number of unique exterior and interior design details including new body parts to incorporate wider wheel arches and a wider track, complemented by revised, deeper side rocker mouldings and unique front and rear bumpers.

At the rear a large venturi tunnel and a dramatic rear spoiler create a purposeful look. Such is the exclusivity of the new RS, that customers will have a choice of just three expressive exterior colours: Ultimate Green, Performance Blue and Frozen White.

“We are excited that a new RS-badged Ford performance model is back in our portfolio and that production at Saarlouis is starting on schedule. (…) We’ve had a huge amount of interest in this model from the loyal army of Ford RS enthusiasts as well as potential customers who have never owned an RS before. I am confident that they will fall for it the moment they get behind the wheel.” said John Fleming, Ford of Europe Chairman and CEO.