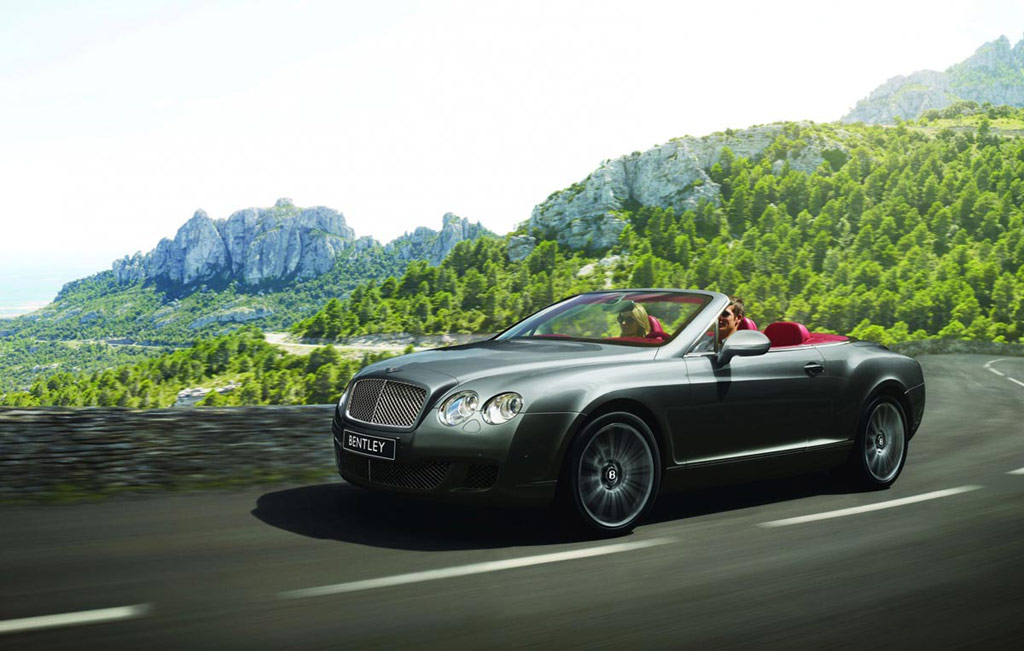 Since its debut in 2006, the Continental GTC has enjoyed sales success in over 50 countries across the globe, attracting younger buyers to the Bentley marque. Customers are attracted to its sleek design, interior craftsmanship, refined performance and agile handling.

Now, the introduction of the new GTC range builds on this success with a subtle evolution of its distinctive style and a range of technical and feature enhancements benefiting comfort and customer choice. The appeal of the GTC is further strengthened by the addition of the new 600bhp (610PS) GTC Speed model. It is Bentley’s most powerful convertible ever and inspired by Bentley’s legendary ‘Speed Models’ from the 1920s.

The GTC’s chassis and exceptionally rigid steel body have proved more than capable of coping with the power of the 552bhp (560PS) 6-litre W12 engine. For the new Continental GTC Speed, Bentley’s twin-turbocharged W12 now develops 600bhp (610PS) that delivers true 200 mph (322 km/h) performance, with the roof up, with exhilarating, effortless acceleration. Even with the roof down the GTC Speed can reach 195 mph (312 km/h).

The GTC Speed’s 600bhp (610PS) W12 engine develops 9 per cent more power than the standard GTC. However, it is the 15 per cent increase in torque that really distinguishes the Speed model, which now develops an impressive output of 750 Nm (553lb ft). This is achieved across virtually the complete rev range, from just 1700 to 5600 rev/min, delivering that characteristic Bentley wave of torque.

The GT Speed coupe, which debuted in 2007, has become the top selling GT model across the globe. This was followed in summer 2008 by the 4-door Continental Flying Spur Speed. Now, the Speed family is completed with the introduction of the GTC Speed, which is expected to account for up to two-thirds of GTC sales worldwide in its first year of production.

“The Continental GTC is an elegant Grand Touring convertible in the Bentley tradition, exciting the emotions with its distinctive blend of performance, luxury, craftsmanship and modernity. The GTC Speed completes the family of Continental Speed models and broadens the appeal of the GTC to customers who demand a more focused, open-top driving experience.”