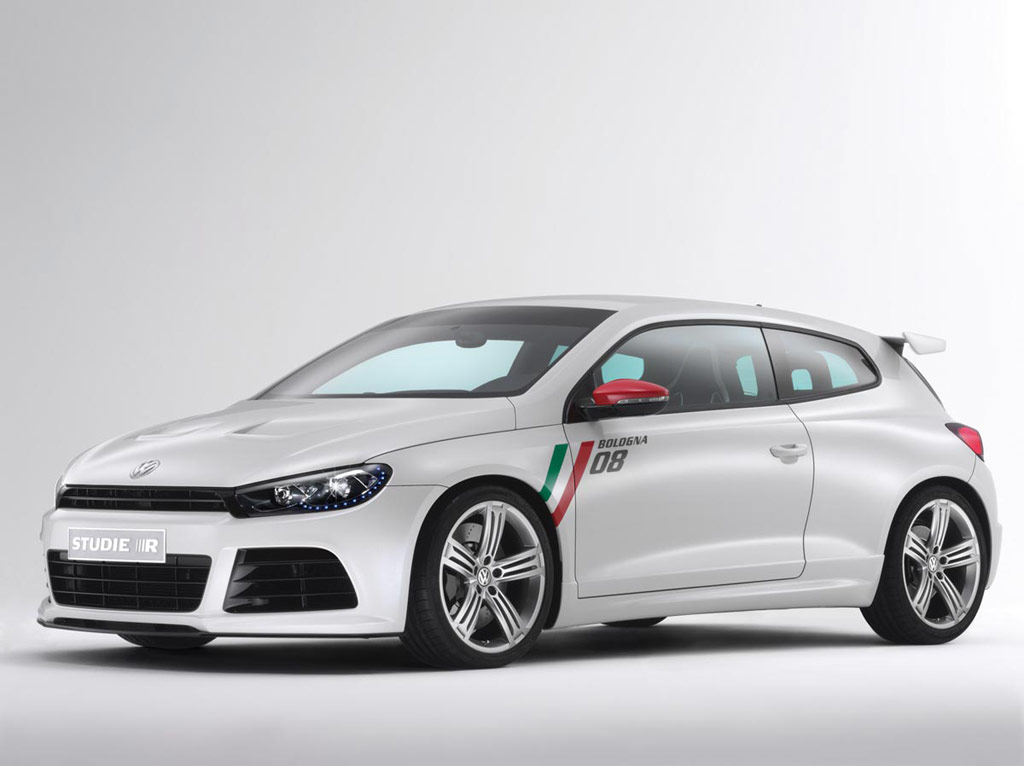 Volkswagen is presenting a range of new models at the Bologna Motor Show including the world premieres of the second-generation Golf Plus, the race derived Scirocco Studie R concept and the LPG-powered Golf BiFuel.

Volkswagen’s latest design study, the Scirocco Studie R, premieres at Bologna and is inspired by the Scirocco GT24 which raced to success in its class at the Nürburgring 24-hour endurance race earlier this year. Finished in white, the Studie R has contrasting high-gloss black detailing and styling accents in red and green to the wing mirrors and on the ‘Bologna ‘08’ badging, paying homage to the Show’s host nation.

Three large air intakes at the front aid cooling to the uprated 2.0-litre 270 PS engine, while a front splitter is designed to minimise lift. The rear is dominated by a large rear wing and a distinctive revised rear bumper which incorporates a diffuser and twin oval exhausts. The Studie R is fitted with racing-derived sports suspension and four-piston brake callipers sit behind specially developed bespoke polished five arm, triple spoke 19-inch alloy wheels.

Inside the cabin, the Scirocco Studie R is upholstered with black and white nappa leather and complemented with low- and high-gloss carbonfibre trim. The Italian-inspired red and green design accents continue on the seams of the Recaro seats, steering wheel, armrest, gearknob and floor mats.