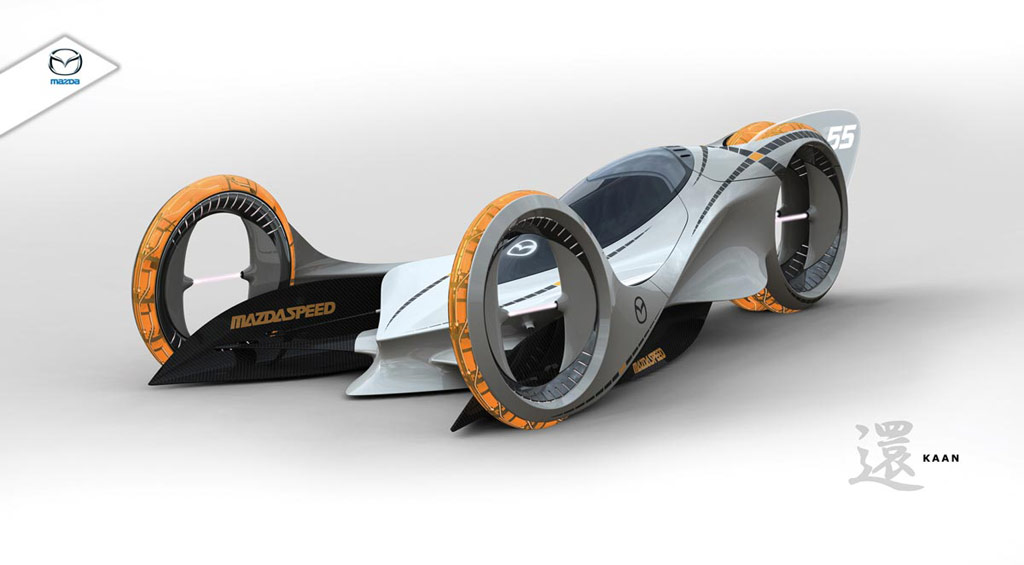 Mazda has won the Design Challenge “Motor Sports 2025” at this year’s Los Angeles Auto Show, which opened earlier this week. Nine of southern California’s automobile design studios were asked to give their vision of how a sports car might look 17 years from now – in California’s zero-emissions society – and Mazda North American Operation (MNAO) design team’s concept car, Mazda KAAN, was chosen the winner.

Judges selected the Mazda concept for how well it integrates innovative technology into the design, and for its unique styling. It is an electric race car concept that uses a patented electronic tyre system to reach speeds of up to 400 km/h, while producing no harmful emissions. It is designed to drive on a race track resurfaced with a sub-level, electro-conductive polymer that powers electric cars. Its exterior design was inspired by electric fields and textures seen in nature, particularly those in a lightning bolt. It is uniquely designed around powerful electric wheels, while the cockpit acts as a capsule to safely house the driver.

This accolade is the latest of several prestigious awards won by Mazda Design during the last two years, including the 2008 Grand Prix du Design at the 23rd Festival Automobile International in Paris, the contest’s 2006 Most Beautiful Design Concept for Mazda Senku, and the Louis Vuitton Classic Concept Award 2007 for Mazda Ryuga.