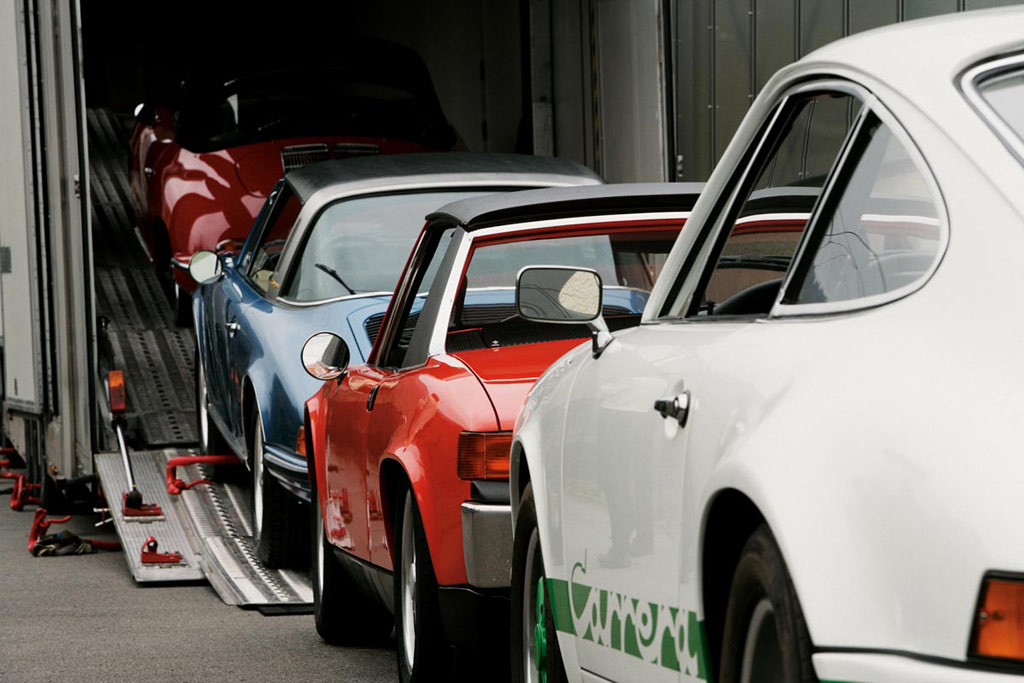 In the new Porsche Museum, the final preparations are being made for the opening on Saturday, 31 January 2009. At last, now that the scaffolding has been removed, it is possible to see to the full extent the bold architecture of the building, opposite the head office premises of Dr. Ing. h.c. F. Porsche AG in Zuffenhausen; the famous suburb of Stuttgart, in Germany, that has since 1950 been the home of Porsche. The 5,600 square metres of exhibition space are supported on just three so-called cores of reinforced concrete – hence the building appears to hover in free-space. Inside, the majority of approximately 80 exhibits are already in place.

During construction of the new Porsche Museum, the vehicles have been stored in an off-premises warehouse in Zwingenberg am Neckar until required. The first exhibits that will go on display in the museum include, among others, a 356 Cabriolet, an original ‘11’ model and the first prototype of the 924.

“In the last few weeks, we have comprehensively restored all the vehicles and polished them up for their use in the museum,” explains Klaus Bischof, head of the ‘Rolling Museum’. In addition to the exhibition vehicles, the small exhibits and show cabinets have also already been put in place. This means that work can now begin on the lighting of the exhibition as the next step.

As virtually all museum vehicles are also used on the road, it is intended that they will be continuously replaced by other exhibits. As a result, the Porsche Museum will constantly change its appearance, and this will enable visitors in future to discover different Porsche rarities in the new museum on a regular basis.

In the other areas of the new building – amongst them the museum workshops, the museum shop, the Porsche archive, an exclusive restaurant, a bistro and the capacious event areas – a team of experts is busy applying the finishing touches. Three days after the ceremonial opening, which takes place on Wednesday, 28 January 2009, the doors of the new Porsche Museum will be officially opened to welcome the first visitors.

On Tuesdays through to Sundays, the exhibition can be viewed between 09:00 and 18:00. General admission costs eight Euros. Children up to the age of 14 get free admission when accompanied by an adult. The Museum is closed Mondays.

The restaurant on the second floor – which has both a view through the glass facade onto the Porscheplatz below as well as through a glass partition into the exhibition itself – has its own separate entrance and is also open at hours different from those of the museum itself.

The new museum and its range of catering facilities offer additional capacity for conferences, company and private events in exceptional surroundings. Interested parties can get more detailed information from the internet on www.porsche.com/museum.