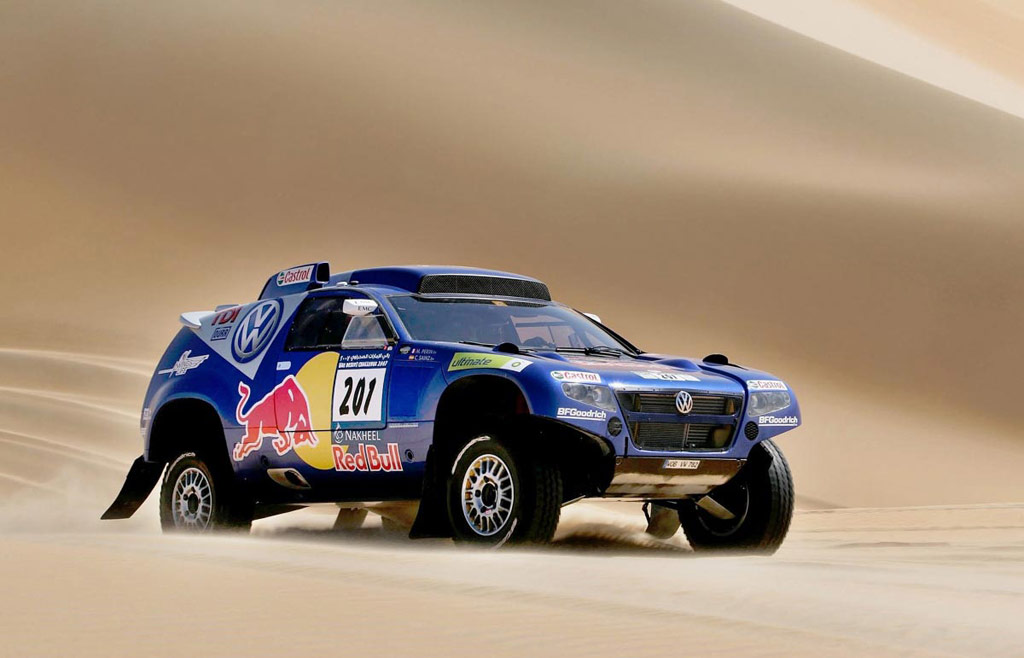 The ‘Dakar’ Rally 2009 promises to be the most demanding test yet for the Volkswagen Motorsport team, as it prepares to take on some of the harshest and most challenging terrain on the planet with four examples of the Race Touareg 2.

The four factory-fielded Volkswagen Race Touareg 2 models will be piloted by Spaniard Carlos Sainz and his French navigator Michel Perlin; Giniel de Villiers (South Africa) and Dirk von Zitzewith (Germany); Mark Miller (USA) and Ralph Pitchford (South Africa) and Dieter Depping partnered with fellow German Timo Gottschalk. The racers, powered by a 2.5-litre TDI diesel engine producing 280 PS, are currently under construction at Volkswagen Motorsport in Hanover, Germany. From there, working to a tight deadline of November 15, the support and service trucks plus parts and equipment needed to compete in the world’s toughest motorsport event will be transported to Le Havre, France, for scrutineering which takes place on November 26, before being shipped out to South America.

For the first time in the event’s history, the 2009 race takes place across the South American continent. Starting in Buenos Aires, Argentina, on 3 January 2009 and covering more than 9,000 gruelling kilometres (5,625 miles) over 15 stages, the teams will travel through Argentina and Chile from the Atlantic to the Pacific coasts and back again.

The stages include passage through the Atacama Desert, the driest desert in the world with the highest dune fields, along with two crossings of the Andes encountering altitudes of up to 4,600 metres. In preparation for these extreme conditions, both man and machine have been specially prepared. The drivers have completed altitude training in the Alps, while the 2.5-litre TDI engines have been subjected to thousands of kilometres of extensive durability testing in an environment chamber, designed to simulate extreme altitudes.

The constantly changing landscapes and varying terrain along the route are not only an extremely demanding test for the vehicles, drivers and co-drivers, but they also provide a new set of challenges for the technicians and engineers in terms of vehicle set-up and maintenance.

The Race Touareg ‘Dakar’ prototype has scored nine wins over 24 events and 29 podium finishes. With two victories and a second place in three races during 2008, the Race Touareg 2 is one of the most successful cars of the year and each of the teams are hoping to build on this success in 2009.