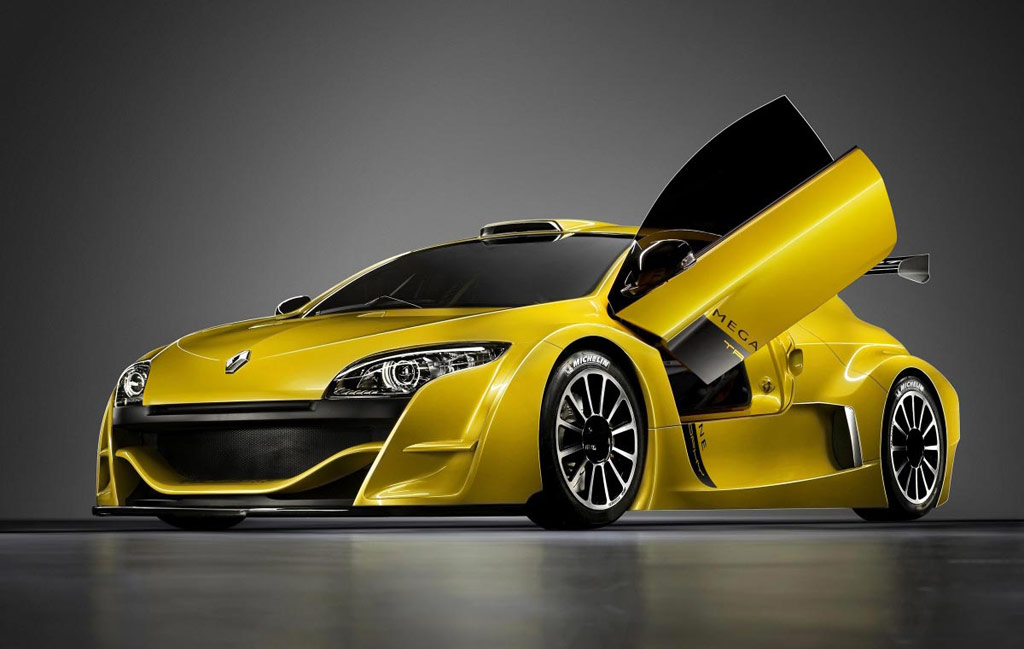 Having starred in the World Series by Renault – the premier saloon car championship created in 2005 – M’gane Trophy has undergone a raft of radical modifications in readiness for the 2009 season. The most visible change concerns its new body design which takes its inspiration from the lines of New M’gane Coupe. Under the bonnet, a fresh look has also been taken at the Renault-Nissan Alliance’s V6 3.5 24V powerplant which now delivers 360hp. At the same time, Renault Sport Technologies has carried over many of the acclaimed features of the current M’gane Trophy to produce a competitive and affordable racing car.

There can be no mistaking New M’gane Trophy’s performance pedigree thanks its stunning looks which are based on the design of New M’gane Coupe. The front and rear light units and windscreen are those of the road car, while the designers at the Renault Technocentre have made full use of digital simulation technology in the field of fluid mechanics to hone the flowing lines of the bodywork. New M’gane Trophy also carries over the ground effect aerodynamics of the existing car:

Refinements to the set-up have produced a 20% improvement in downforce and a 15% reduction in drag which, together, represent a gain of almost 40% in terms of the new car’s aerodynamic performance over the previous generation machine.

New M’gane Trophy is equipped with butterfly doors reminiscent of the world of GT and sports-prototype racing.

A new inlet manifold, which is fed by roof-mounted air-ducts, has taken engine power from 330 to 360hp. The new car’s reliability is as excellent as ever with rebuild intervals of every 5,500km. Combined with the aerodynamic gains, the extra power output of the V6 3.5 24V engine will enable New M’gane Trophy to lap in times similar to those of a Porsche GT3.

After completion of its development programme, New M’gane Trophy will go on sale at the end of the year in the form of a kit that will enable existing cars to be upgraded. The modifications required to adapt the chassis to the new bodywork will be carried out by the Alpine factory in Dieppe.

As in previous years, the Eurocup M’gane Trophy will form part of the World Series by Renault programme and its calendar takes in some of Europe’s most prestigious venues. This single-make series, which is a hit with both drivers and teams, is based on the same core strengths that have forged the success of Renault Sport’s race championships, namely:

In the course of each race weekend, drivers contest two races of approximately 40 minutes each and which include a mandatory refuelling stop. M’gane Trophy has been widely praised for its simplicity and the ease with which drivers are able to familiarise themselves with the cars, while the series is aimed at upcoming youngsters who have come up through the ranks of single-seater formulae and gentleman drivers.