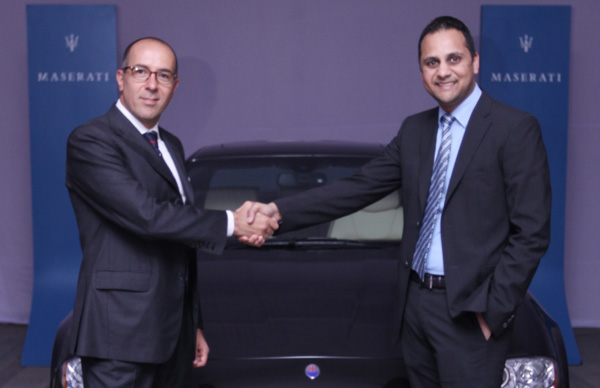 Maserati announces it will bring its uniquely Italian brand of high performance and custom‐made exclusivity to the Indian car market this year. The Modena‐based luxury and sports car maker, in partnership with the successful Indian luxury retailer,
the Shreyans Group, will open its first Indian showroom in Mumbai this year and plans are well advanced to open a second dealership in New Delhi in early 2012, with plans to cater to seven major Indian cities by 2015.

The Maserati India office will combine the experience in service, customers service and network management of Maserati professionals with the Indian market expertise of the Shreyans Group, which has established it as a key player in India’s luxury market in many sectors from cars to superbikes and fashion.

With the Indian economy recovering, the Indian car market posted 1.87 million sales in 2010 for an annual growth of 25 percent. Yet even that growth rate pales in comparison to the premium car sector, which grew by 70 percent last year.
The demand for the introduction of Maserati’s models ‐ the Quattroporte flag‐ship sedan, the GranTurismo coupe and the GranCabrio convertible ‐ into India has been driven by a new generation of wealthy Indians.

Maserati predicts that its sedan range will absorb 80 percent of its buyers in India, with the remaining 20 percent choosing the GranTurismo coupe and the GranCabrio convertible. Expectations are that customers in Mumbai and New Delhi will be India’s most enthusiastic, with New Delhi predicted to take 40 percent of Maserati’s entire Indian distribution and Mumbai 35 percent.

India will be the 63rd market for Maserati in the world.