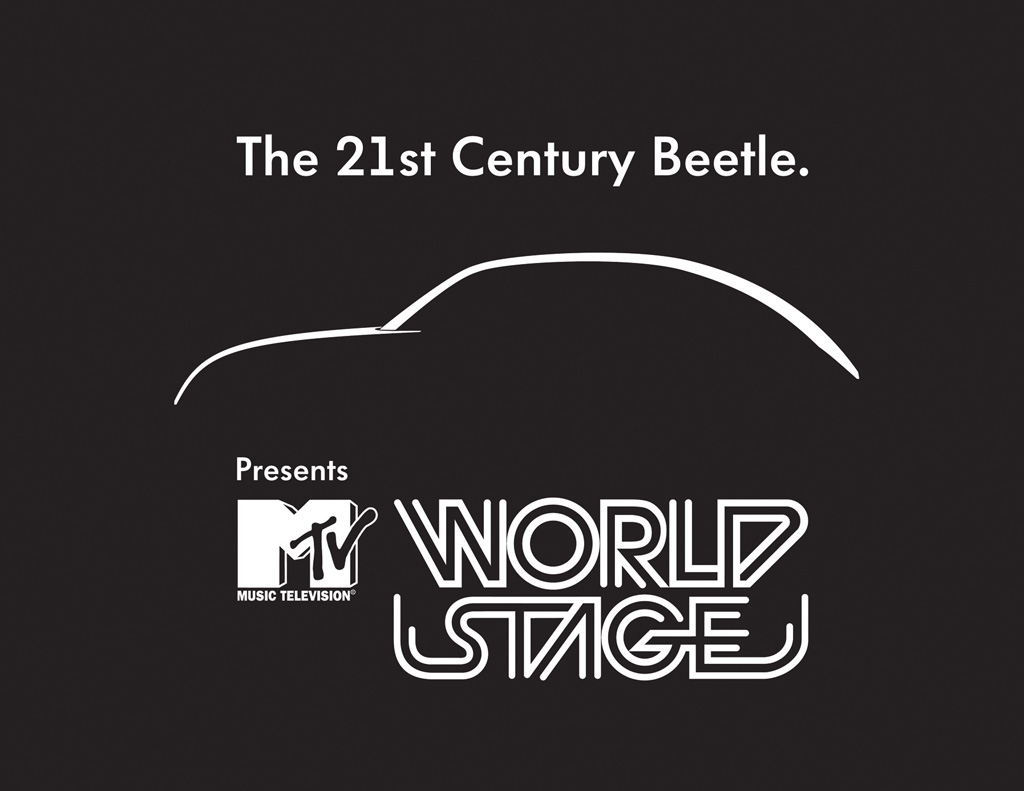 In just a few weeks, Volkswagen will write another chapter in the history of an automotive icon. On April 18th, the Beetle will be showcased to the public in its best remake – and with spectacular world debut staging. Volkswagen will be celebrating the new Beetle almost simultaneously as a world premiere in Shanghai with MTV’s VJ guest hosting an exclusive MTV Sound System followed by World Stage events in New York and Berlin.

Appearing at the World Stage Event in New York will be The Black Eyed Peas performing hits from their latest album The Beginning as well as some of their most loved material from the past at Terminal 5, and in Berlin (E-Werk) the MTV World Stage Party, will be headlined by Belgian duo 2manydjs performing a DJ set. The World Stage in New York, will be the most widely distributed World Stage event to date and highlights of both events will be available on www.worldstage.mtv.com.

The World Stage show from New York City will be streamed live (excluding the UK) and highlights from the show will be broadcast later on MTV channels around the world.

“The Beetle is an icon of the automotive world, just like MTV is an icon of the music world. In the context of this marketing alliance, we are taking the new Volkswagen directly to our customers and fans of the Volkswagen brand – and we are doing it globally. We are certain that the car’s one-of-a-kind styling combined with the latest technology will be very well received by customers,” said Luca de Meo, Director of Marketing for the Volkswagen Group and for Volkswagen Brand Passenger Cars.

The new Beetle’s exterior reinterprets the silhouette of the famous Volkswagen Beetle and combines stylistic elements borrowed from the original with the latest technology. This guarantees Beetle drivers a lot of driving fun and individuality.