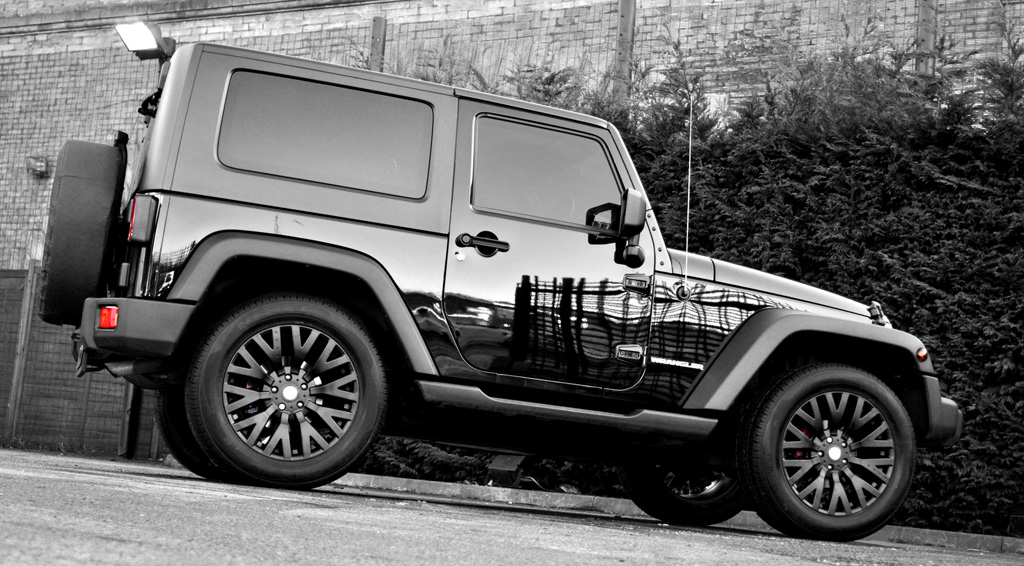 Renowned for his design expertise in transforming mundane motors into masterpieces, Afzal Kahn is no stranger to mundane vehicles. And the Jeep Wrangler is the latest of many vehicles to have been transformed into a visual icon – by the principal British Designer.

The Jeep Wrangler itself has an unusual appearance but for its latest manifestation, the vehicle is given the ‘Kahn Do Attitude’ and features the sort of treatment that has made Project Kahn’s customised vehicles favourites among a host of celebrities.

The original center cap from Jeep has been taken for the making of the wheels and this would be available immediately. However, stocks are going to be limited. Tires that the tuner recommends to go with this wheel are of 275 x 55 x 20 size.

“We have designed this wheel with the off road enthusiast in mind. This is an adventurous vehicle offering individuality and the opportunity to break from the norm, as opposed to certain jeeps which are not suited to the rough terrain and high off road usage.”