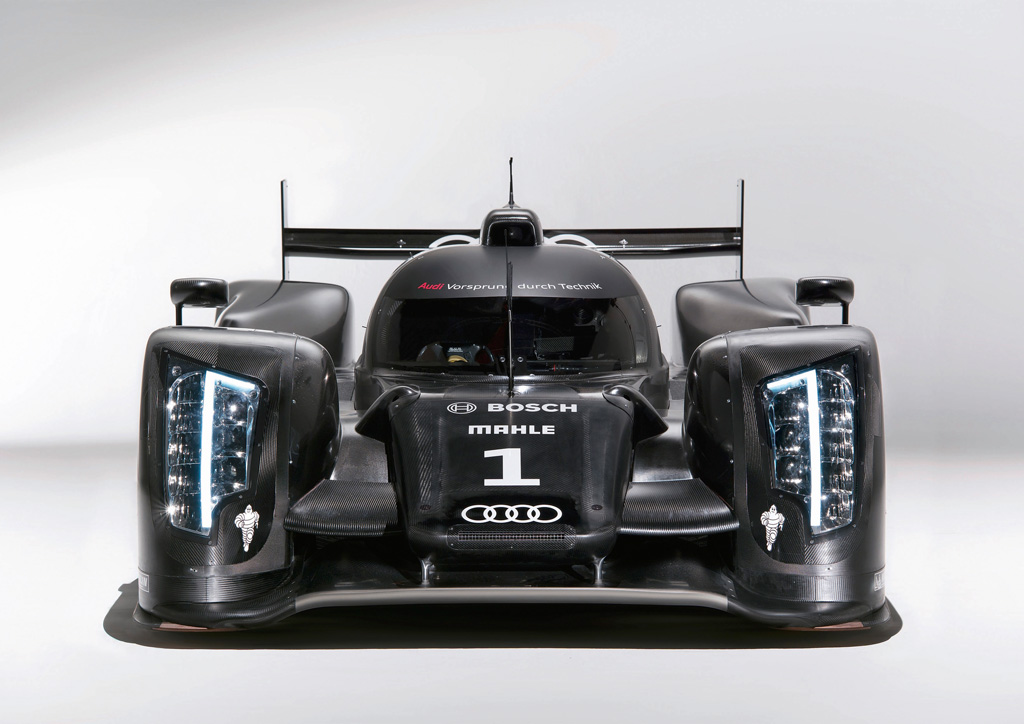 Audi has put the next stage of its R18 project to the test: The latest version of its new diesel race car, which will appear in the 24 Hours of Le Mans, was test-driven for the first time in the USA.

The “Evolution 2” Audi R18 is the result of the findings of previous test drives and wind tunnel testing, with a particular focus on improved aerodynamic efficiency and cooling of the interior of its V6 TDI engine. It clocked up its first test kilometers on a proving ground in Florida last week, as the 12 Hours of Sebring were held.

The Audi R18 made its first public testing appearance after the 12-hour race in Sebring. Since then, internet forums have been abuzz with comments and discussions concerning the new, enclosed LMP1 race car. The comments on the photos and videos of the vehicle range from “magic” to “looks like a stealth airplane” and “sounds like a jet.”

Two “Evolution 2” R18 vehicles (chassis numbers 101 and 102) were put to the test during the four days of testing in Sebring, together with an R15 TDI as a reference vehicle. All ten Audi racing drivers were involved in testing the three vehicles, clocking up thousands of test kilometers to generate important findings relating to vehicle setup, aerodynamics, tires, cooling, and reliability.

The two R18 vehicles set off on their return journey to Europe as airfreight. Starting Monday, they will be dismantled and thoroughly analyzed at Audi Sport in Ingolstadt.

The Audi R18 will make its next appearance on the famous racetrack in Le Mans, when the definitive design of the vehicle for the 24 Hours of Le Mans 2011 will be unveiled at the official testing day on April 24. The R18 is scheduled to compete for the first time in the 6-hour race in Spa-Francorchamps on May 7. This year’s 24 Hours of Le Mans will take place on June 11/12.