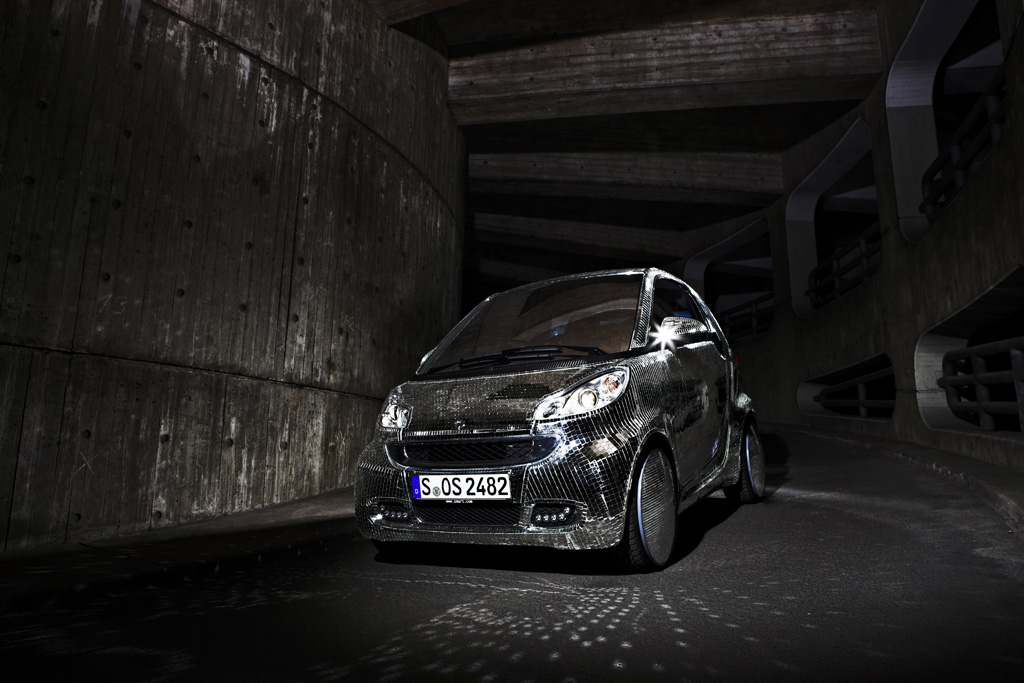 Always surprisingly different: smart presents an electric two-seater in a glitzy ‘disco-ball’ look in Berlin. This smart fortwo electric drive is completely covered in reflective glass tiles from the roof to the hub caps and the windows also feature a mirror finish. The one-off model was conceived by the experimental artist formation ‘Apparatjik’ to be used in a film titled ‘Pixel City’, realized for their current installation at Neue Nationalgalerie in Berlin. The project is brought to a climax by two very unusual live performances on the 26th and 27th of March.

smart is the official main sponsor in this project by Apparatjik, consisting of world-famous musicians Magne Furuholmen of a-ha, Guy Berryman of Coldplay, Jonas Bjerre of Mew and sought-after music producer Martin Terefe. Their “Apparatjik Light Space Modular” features not only concerts but also an interactive installation which collects data to be turned into a piece of music. The deriving song will be performed by the prestigious Deutsches Kammerorchester and accompanied by a spectacular image show titled ‘Apparat TV’. The projections will be streamed out of a six metre tall cube into the city through the museum’s glass walls. Inside that cube is where Apparatjik will be performing live on 26 and 27 March.