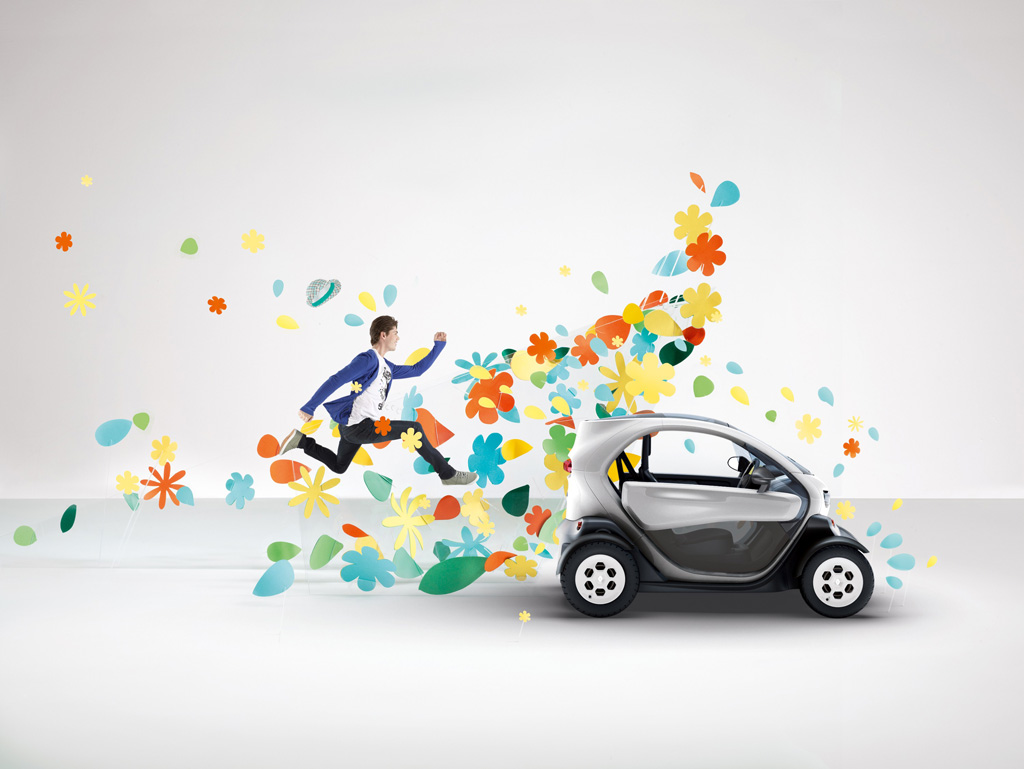 Presented in its final production form at last year’s Paris Motor Show, Renault Twizy returns to centre
stage at the 2011 Geneva Show. Twizy is the perfect example of Renault’s brand signature, “Drive the change”. With Twizy, Renault has invented an entirely new way of getting around town: 100 percent electric, it is high on style, novel in its format and perfect for safe and secure in-town travel.

As announced at last year’s Paris Motor Show, Twizy will go on sale at the end of 2011 at prices comparable with those of a three-wheeled scooter. The Twizy range will begin at €6,900 inclusive of taxes and, depending on the fiscal measures available in each country, may qualify for incentives making it even less expensive than a threewheeled scooter.

Like Fluence Z.E. and Kangoo Z.E. buyers, Twizy customers will lease the battery. The monthly subscription is €45 inclusive of taxes for an annual distance travelled of 7,500km, a figure which covers the vast majority of ordinary motorists’ requirements. Twizy’s running costs – insurance, maintenance and energy (battery lease and electricity for recharging) – are just as modest, working out at 15 percent lower than those of a three-wheeled scooter.

Tests conducted in Paris reveal that the driver of a Twizy will save an average of 25 percent on journey times in town. This translates into a saving of more than seven minutes on a journey that would normally take 30 minutes in a Smart-sized micro city car. Indeed, Twizy gets around town safely and more rapidly. This is thanks to its novel proportions and ultra-compact dimensions which facilitate parking:

Accessories for the Twizy lifestyle:

Twizy is compatible with all types of battery-charging points. A full charge of Twizy’s batteries takes 3½ hours using a domestic supply via the cable stowed behind a flap at the front of the vehicle. Different adaptors will be made available to connect Twizy to all types of public and private charging points.

Twizy’s range on the standardised urban cycle is 100km. In everyday use, this range can vary from 55km
to 115km, depending on the driving conditions encountered. The principal factors influencing actual range
are driving style (eco-driving, normal driving or sporty driving), and whether the traffic is heavy or free
flowing. Range-related displays enable drivers to get maximum range from their Twizy: