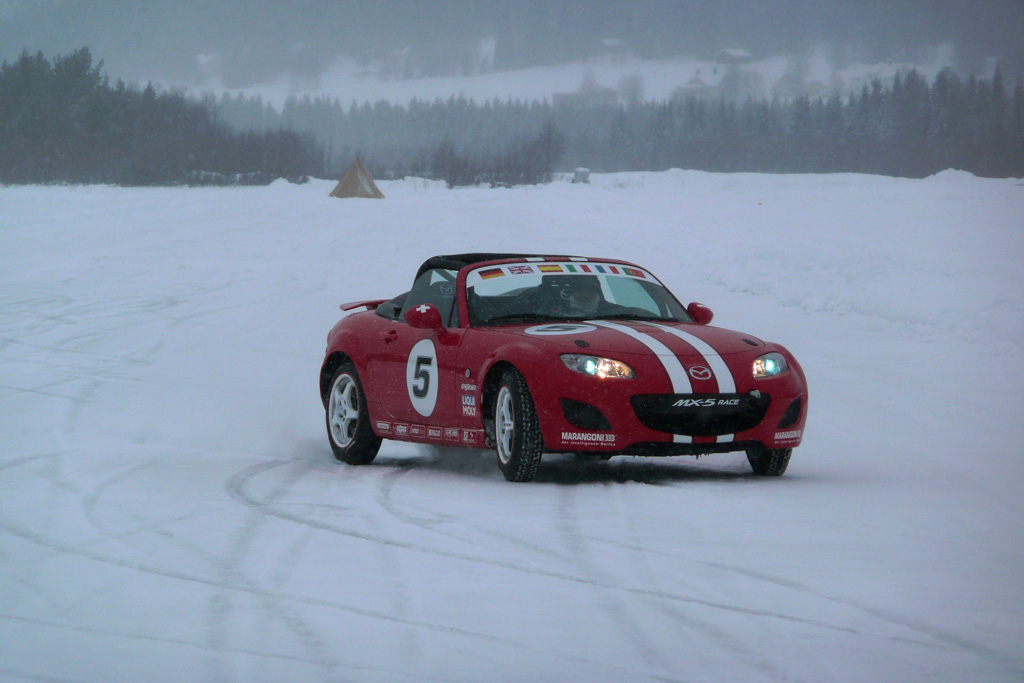 Mazda opens the 2011 motorsport season on Swedish ice. After the successful MX-5 Open Race last year, Mazda is inviting racing enthusiasts to Sweden for the MX-5 Ice Race from 21 to 24 February 2011. A total of 20 modified MX-5s, tuned for driving on ice and wearing spike tyres, will participate in the four-hour race on the ca. 5 km grid.

The MX-5s will be piloted by teams from 26 participating nations, among them motor journalists with racing experience, and TV fans and readers who won tickets to the event in special contests. The four-day event in Åre, Sweden will include two extensive training sessions, a qualifying session to determine pole and starting positions, along with the race itself which is divided into two sessions. When the snow settles, the team that drives the most laps during the four hour race will win.