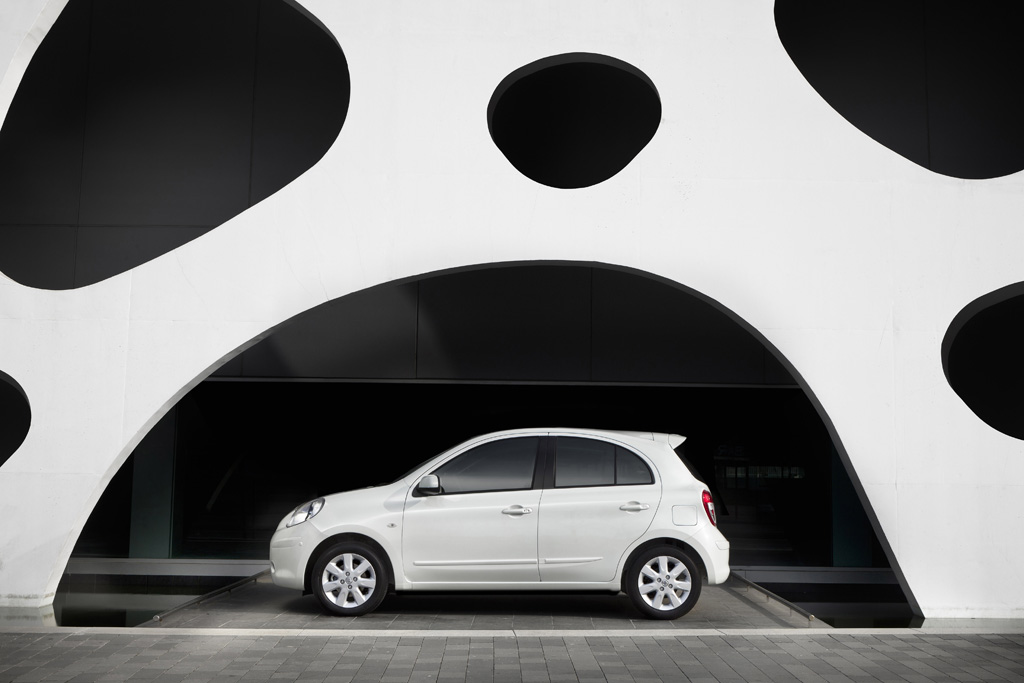 Nissan’s focus on reducing emissions is not restricted to creating zero emission electric vehicles like the pioneering and award-winning Nissan LEAF. Developing advanced technologies as part of Nissan’s PURE DRIVE strategy is driving the company’s efforts to reduce emissions and fuel consumption from all its cars, and, has resulted in the launch of a new engine with one of the lowest CO2 figures in the world. Powering the newest version of the popular Micra city car – the DIG-S – this advanced petrol engine produces just 95 g CO2/km and underlines Nissan’s leadership in both zero and low emissions mobility.

A direct injection unit with a supercharger – hence the car’s name: Direct Injection Gasoline-Supercharger (DIG-S) – the engine is the embodiment of Nissan’s PURE DRIVE strategy, delivering sparkling performance, frugal economy and exceptionally low emissions. It has been designed to meet and exceed the everyday driving demands of the modern world and is the ideal partner for Micra, Nissan’s small city car.

As well as reducing emissions, this new engine will reduce the cost of motoring in many European countries. In the UK, for example, cars producing less than 100g/km of CO2 attract no annual road tax and are exempt from the capital’s daily congestion charge.

In France, customers buying a car producing less than 110 g/km receive a €400 bonus payment from the Government while in Holland cars like the Micra DIG-S are exempt from the country’s BMP tax, saving around €1,000.

“Nissan is just as committed to reducing emissions from cars powered by the internal combustion engine as it is to developing new zero emission electric vehicles. The Micra DIG-S showcases how far our engineers have come.”
“Ultra low emissions with no compromise when it comes to drivability means the Micra DIG-S sets new standards for the current generation of city cars. No other petrol-powered compact hatchback can match its overall efficiency… and it is more than a match for an equivalent diesel,” said Pierre Loing, Vice President Product Strategy and Planning, Nissan International SA

Technical innovation has been packed into the engine. The DIG-S uses the Miller cycle and direct petrol injection to raise the compression ratio to 13 to 1 for greater combustion efficiency and a supercharger for instant throttle response and added power. As well as delivering ultra low CO2 emissions, the lightweight, low-friction 1,198cc three-cylinder unit produces the power expected from a conventional 1.5-litre four-cylinder engine.

By minimising heat, friction and pumping losses as much a possible, Nissan’s engineers have created an engine that sets the standard for the rest of the industry. Its three-cylinder configuration gives many benefits including less weight and further reductions in friction loss, thanks to having fewer moving parts. Further gains are made thanks to the adoption of advanced engine management systems with Start/Stop and energy regeneration.

The results are spectacular. The Direct Injection Gasoline-Supercharger (DIG-S) engine produces 72kW (98PS) and 142Nm, while CO2 emissions are 95 g/km for the manual version and 115 g/km for the CVT version. Maximum speed is 180km/h for manual. Combined cycle fuel economy figures for the manual Visia version is 4.1 l/100kmh.

In common with industry practice, these headline figures refer to the entry-level version – Visia – as higher levels of equipment found in plusher models mean extra weight which affects emissions performance. But such is the efficiency of the unit that the most popular version, Acenta, also promises an outstanding CO2 figure: just 99 g/km in manual form.

Low running costs are guaranteed not just by the excellent fuel economy but also thanks to tax concessions based on its emissions granted in many European countries and to lower servicing bills from the smaller engine.

This remarkable engine makes sub 100 g/km emissions performance easily accessible while low cost of ownership make it a serious alternative to a comparable diesel… with the added bonus of greater refinement. Its first appearance powering the new Micra makes for an irresistible combination.

Micra’s city car credentials have been honed over decades of class leading models. Bristling with new technologies and based on a brand new platform, Europe-bound examples of the fourth generation Micra are built at an entirely new facility in India. It is also built in China, Mexico and Thailand and is sold in 160 countries around the world.

Launched late last year, it is the perfect city car being compact on the outside but spacious inside. City driving is eased by the class leading all-round visibility and by technology that is not only innovative but actually useful, too. Available either as standard or an option are features such as Nissan Connect, a fully integrated entertainment and information package incorporating touch screen satellite navigation.

But perhaps the most useful feature for a city car – and technology that’s rarely found on much larger cars – is the Parking Slot Measurement (PSM) system. As its name implies, the system measures potential parking spaces and lets the driver know whether it is large enough for the car or not.

It is available in one body five-door body style, three trim levels – Visia, Acenta and Tekna – and with a choice of two petrol engines. As well as the DIG-S, there’s a normally aspirated version of the 1.2-litre engine, developing 59kW (80PS).

The DIG-S will be given its European debut at the Geneva Motor Show (March 3-13) with sales starting over the summer.

“It is clear that our new DIG-S engine offers the best solution for small cars like Micra. With instant throttle response, its performance and strong economy are a more than a match for any diesel engine with similar power outputs, but its emissions performance is much better,” Pierre Loing.

“We have been able to achieve this ultra low CO2 figure in a cost effective package and without the complication of particulate filters needed to clean up diesel engine emissions and which are not entirely compatible with a car that spends much of its life in the city.”