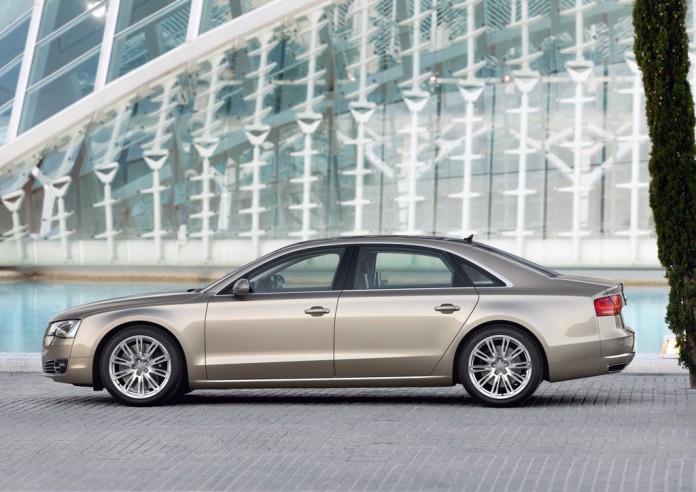 Audi unveils an A8 wired for broadband with LTE technology. Developed in collaboration with Alcatel-Lucent, the car’s mobile broadband connection can transfer data faster than conventional 3G-technology and modern DSL connections.

During the Consumer Electronics Show in Las Vegas, Rupert Stadler, Chairman of the Board of Management of AUDI AG, announced that LTE technology would be used in cars by early 2011. Just some weeks later, Audi and its development partner, Alcatel-Lucent, present a fully functional prototype. The Audi A8 L with LTE technology contains the mobile communications technology of the future: LTE is considered the successor to the current 3G transmission technology, which also includes the UMTS mobile communications standard. LTE offers very high data transfer rates that can reach up to 100 Mbit per second. In comparison, a fast 3G connection offers about 14,4 Mbit per second.

With its short transfer rates, LTE mobile communications allow significantly faster access to Internet content and allow large amounts of data to be exchanged. For demonstration the technicians used the LTE connection for transmitting high-definition videos live to the vehicle.

“ We will use LTE technology to extend our advantage in automotive networking and further consolidate the Audi connect strategy,” says Michael Dick, Audi Board Member for Technical Development, during the presentation of the prototype.