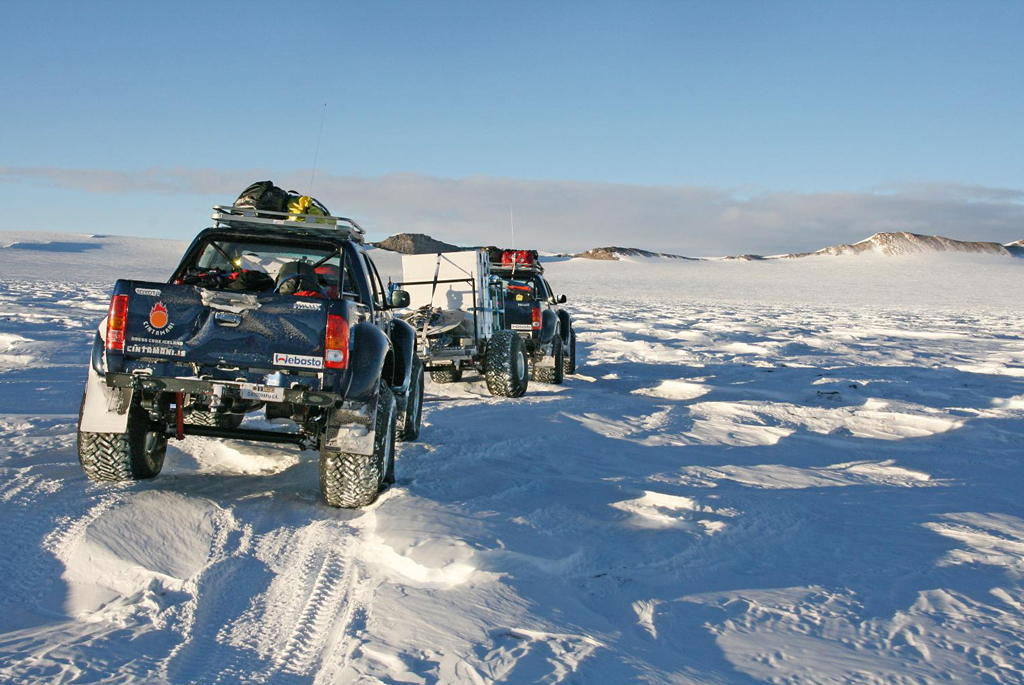 If Santa didn’t already have Rudolf and a flying sledge he would need a Toyota Hilux. The unstoppable Toyota Hilux is already renowned for its capacity to overcome any extreme challenge,from driving to the North Pole to conquering the Icelandic volcano Eyjafjallajökull. Now, the Hilux has successfully completed yet another extraordinary journey, travelling across the coldest, most hostile environment in the world, Antarctica, to reach the South Pole.

Between 10th November and 5th December 2010, four Hilux transported expedition members of the Indian National Centre for Antarctic and Ocean Research (NCAOR) − studying snow chemistry, the glacial landscapes and the bedrock hidden beneath the ice − on a 4,600 km round trip from Novo Air Base, to the South Pole, and safely back.

The four Hilux vehicles were adapted by Icelandic Toyota 4×4 conversion specialists, Arctic Trucks, for the month-long expedition. Arctic Trucks has long ranked the Hilux its first choice amongst equivalent vehicles thanks to its proven, 40 year record of Quality, Durability and Reliability (QDR) under even the most extreme driving conditions.

Faced with extreme weather, average temperatures of below -40oC and peaks of -56oC, altitudes of over 3,400 m and the most brutal driving environment imaginable, NCAOR selected the Hilux for this remarkable expedition as it combines several exceptional attributes essential to survival on the world’s harshest continent.

Firstly, given the extreme conditions, it has proven very low comparable fuel consumption of 5.65mpg. Even with the use of less energy-efficient Jet 1A fuel, the vehicle engine running 24/7 and running extra heating system constantly on, this figure is 5 to 8 times lower than that achieved by tracked vehicles. This significantly reduces both transported fuel loads and fuel costs (one barrel of oil in Antarctica can cost $10,000). With this fuel efficiency, the expedition could rely on only one refueling point, established some 1,500 km from the journey starting point – Maitri Antarctica station.

Secondly, the Hilux has a uniquely high load carrying capacity. It combines a low unladen weight of just 2.2 tons with a payload capacity of 1.5 tons and a towing capacity of 3 tons – an essential attribute when carrying the expedition equipment, spare parts and participants, as well as 1,280 litres of fuel per vehicle.

Thirdly, this expedition maintained a faster average speed than any comparable expedition had previously attained.

Necessary modifications made by Arctic trucks included the integration of a crane to lift heavy equipment and fuel, the use of Jet 1A fuel with additional lubricants to tackle the extreme cold, revised front/rear suspension and drivetrain, extra heating system, crawler gears, crevasse protection and the fitment of extra large tyres with a pressure as low as 20 psi (regular Hilux tyres have a pressure of 20.9 psi).