wp booster error:
The path of the tdb_template_33543 template not found. Did you disable a tagDiv plugin? The 100% electric Nissan LEAF is 2011 European Car of the Year - Car Daily
CLOSE
Welcome! Log into your account
Forgot your password?
Recover your password 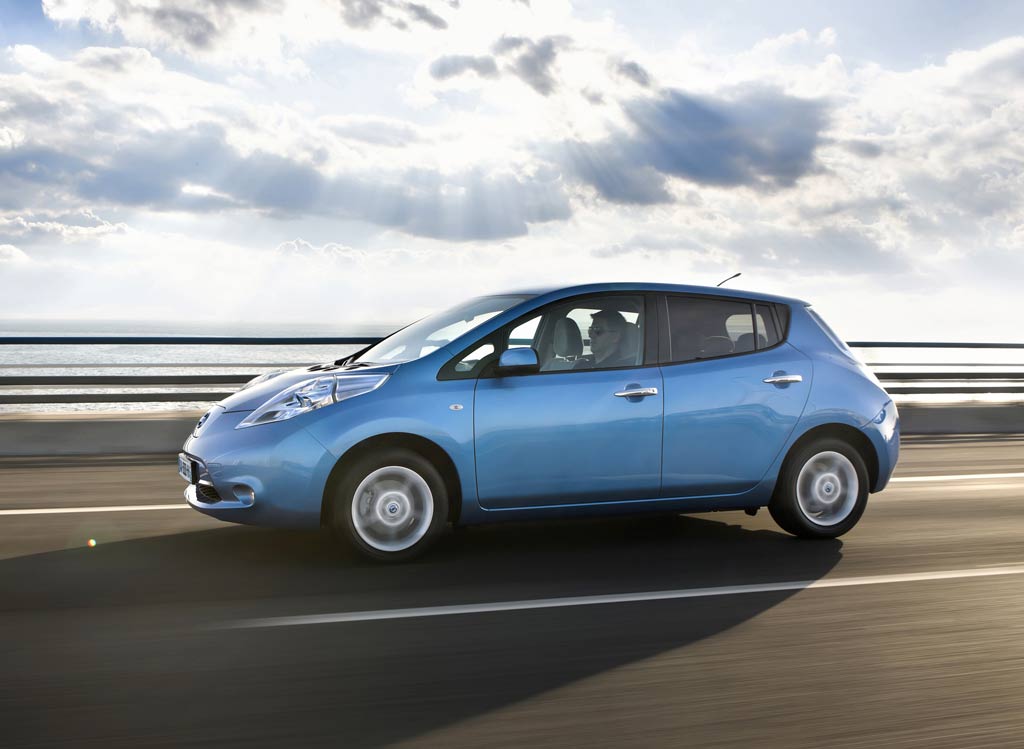 The world’s first mass-marketed, affordable, zero-emission vehicle for the global market beat 40 contenders to win motoring’s most important accolade. This is the first time in the 47-year history of the annual competition that the award has gone to an electric vehicle. Nissan LEAF’s rivals included vehicles from brands such as Alfa Romeo, Citroen, Dacia, Ford, Opel/Vauxhall and Volvo. The jury included 57 leading motoring journalists from 23 European countries.

“The jury acknowledged today that the Nissan LEAF is a breakthrough for electric cars. Nissan LEAF is the first EV that can match conventional cars in many respects,” said Håkan Matson, President of the Jury, Car of the Year.

“This award recognizes the pioneering zero-emission Nissan LEAF as competitive to conventional cars in terms of safety, performance, spaciousness and handling. It also reflects Nissan’s standing as an innovative and exciting brand with a clear vision of the future of transportation, which we call sustainable mobility. With three other electric vehicles in the pipeline from Nissan – and with the imminent market introduction of four additional electric vehicles from our Alliance partner Renault – Nissan LEAF represents a significant first step toward a zero-emission future.”

Nissan LEAF is powered by a compact electric motor in the front of the car, which drives the front wheels. The AC motor develops 80 kW of power and 280 Nm of torque, enough for a maximum speed of 145 km/h (90 mph). The electric motor is powered by a Nissan-developed laminated lithium-ion battery with an output of more than 90 kW. The car has a range of 175 km (New European Driving Cycle) between charges making it a practical proposition for many urban drivers.

The vehicle is fully equipped with features such as regenerating braking, air conditioning, satellite navigation, parking camera and advanced on-board IT and telematics systems. Innovative connectivity will allow an owner to set charging functions to monitor the car’s current state of charge and the remaining battery capacity, as well as to heat or cool the interior of the car remotely via mobile phone or computer. The Nissan LEAF will be available in five colors in Europe – blue metallic and pearl, white pearl, silver metallic, black solid and red pearl. The single option is a solar panel mounted in the rear spoiler that supports charging of the car’s 12V battery used for powering accessories.

Deliveries in Japan and the United States begin this December. In Europe, deliveries start in early 2011 to Portugal, the Republic of Ireland, the UK and the Netherlands. The zero-emission car is currently being built in Japan, but will also be produced in North America and Europe when new manufacturing facilities open in late 2012 and early 2013.

Nissan has won the CoTY award in Europe before. In 1993, the UK-built Nissan Micra became the first car from a Japanese automaker to win the accolade and started Europe’s love affair with the little car that continues today with the recent launch of the newest Nissan Micra model.