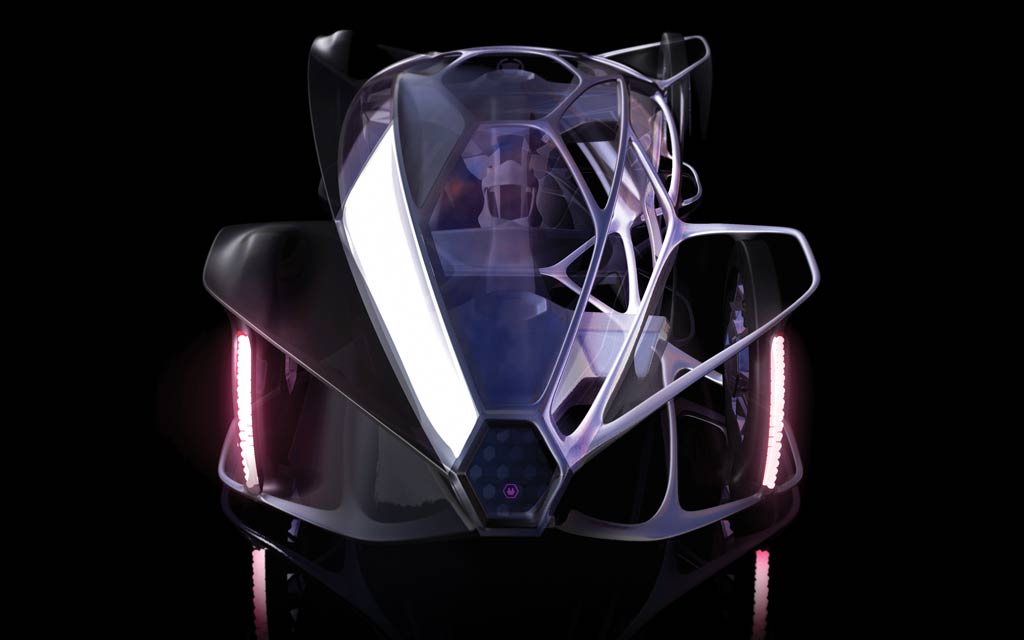 The Cadillac Aera concept vehicle won the 2010 Los Angeles Auto Show Design Challenge, tying with Smart and besting entries from seven other automakers including Mercedes-Benz, Honda, Nissan, Toyota and Maybach. GM Advanced Design has now won the honor more times than any other design team; this is its third victory since 2005.

This is the seventh year for the contest, and this year designers were asked to envision the “1,000 lb. car” and tasked to imagine an efficient four-passenger vehicle that maintained comfort, safety, driving performance and style while not exceeding the weight requirement.

“The Cadillac Aera concept was designed to continue the forward-thinking imagination of Cadillac’s ‘art and science’ philosophy,” explains Jussi Timonen, lead designer for the project. “It’s designed as a small city urban vehicle, but we approached this 2+2 touring coupe very much from the brand’s luxury perspective. Every detail of the Aera was conceived to minimize the vehicle’s environmental impact without sacrificing the style, comfort and attention to detail that are hallmarks of the Cadillac brand.”

The Aera is powered by compressed air via a highly efficient Pneumatic Drive System that has a 10,000-psi composite air storage tank with capacity for a 1,000-mile range. Flexible, pressurized air cells in the exterior skin, similar to material developed for the NASA Mars Rover airbags, enhance passive safety and interior comfort. The flexible polymer skin optimizes aerodynamics and functions as an ultra-lightweight alternative to conventional body panels and glass.

Aera’s body utilizes a 3D lattice, mono-formed frame that was designed to be similar to configurations found consistently in nature. The structure is formed from unique, alloy-utilizing, semi-solid freeform manufacturing, creating a naturally strong, extremely lightweight frame. All major body parts, including interior components, are essentially “grown” into a single part lattice structure.

The interior is crafted with an ultra-light recyclable polymer that allows for HVAC channels, fully adjustable seating, storage and comfort features all in one mono-form structure. Generous storage space accommodates luggage for two people.

“This year’s design challenge was extremely difficult to judge because of the quality of all of the entries, but I believe that the executions that won exemplified everything that we were trying to achieve with this competition,” said Stewart Reed, chair, Transportation Design, Art Center College of Design. “The concepts that won were really spot on for their brands, which was one of many reasons for the victory.”

The Design Challenge is part of the Design Los Angeles automobile designers’ conference and has evolved into an integral element of the Los Angeles Auto Show. Design Los Angeles connects those working in the design industry with well-known automotive design industry leaders. Los Angeles is home to the world’s largest concentration of manufacturer design studios, representing automakers from North America, Europe and Asia. It is also the home of Art Center College of Design, one of the world’s foremost transportation design institutions where many of today’s leading automotive designers began their careers.