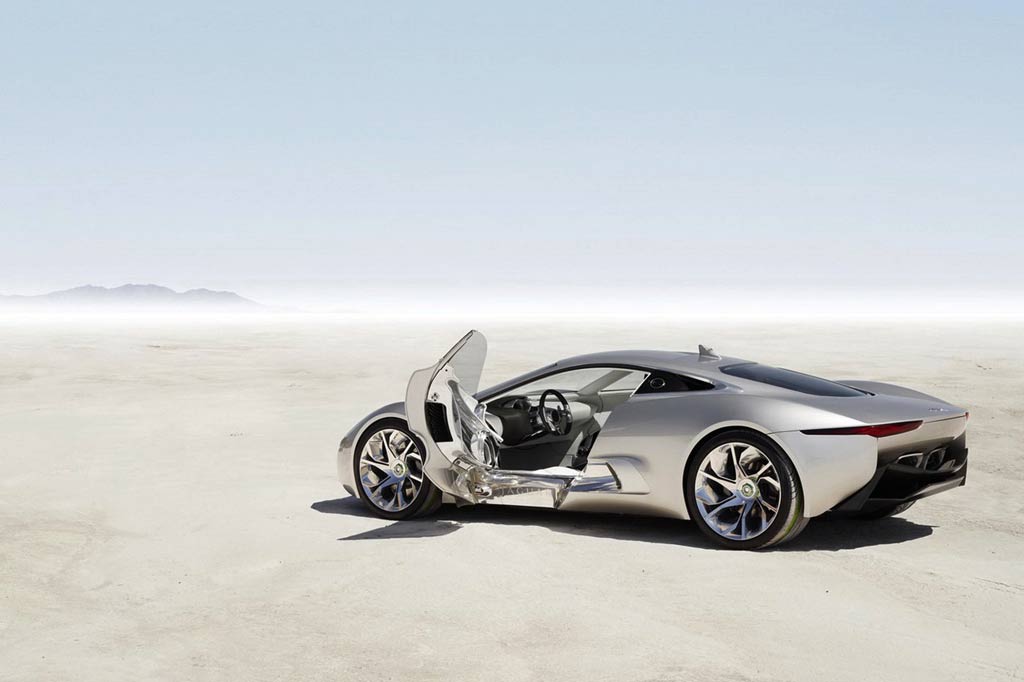 Jay Leno became the first person outside Jaguar to drive the C-X75 on a public highway, ahead of its North American Debut at the L.A. Auto Show. Leno, a long-term Jaguar enthusiast, thinks that despite being so cutting edge, it still looks like a Jaguar with certain key features like the detail on the buttress behind the driver’s head that is reminiscent of the new XJ or the back end is having hints of E Type and even the D Type. If the car is produced, it will be powered by twin turbines charging four electric motors. The C-X75 will be make its North American Debut on Nov. 17 at 17:45 GMT.