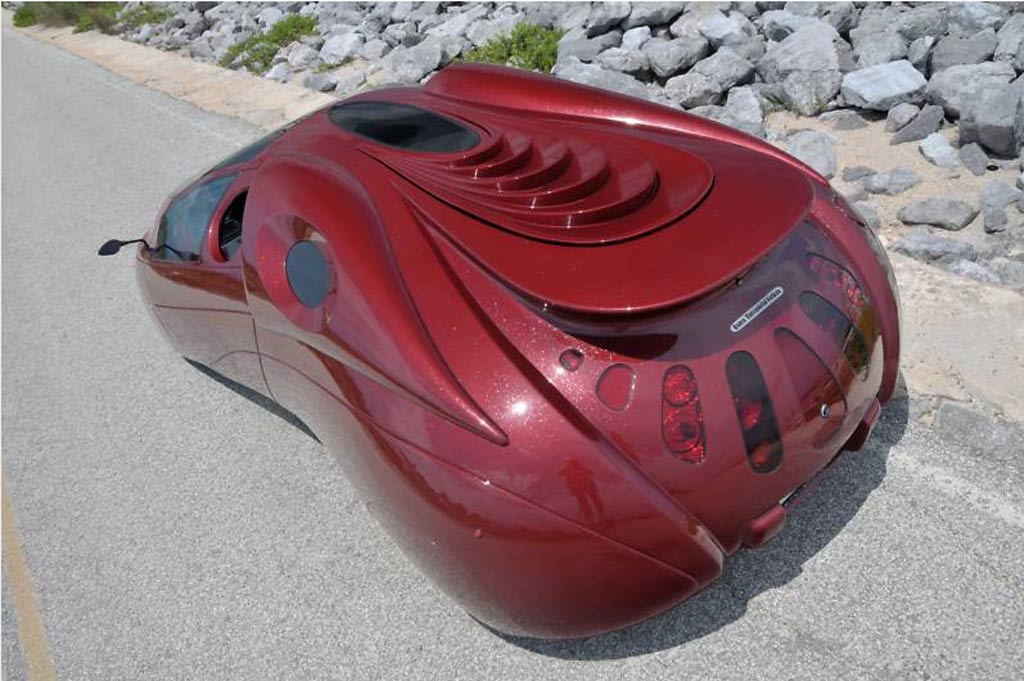 A vehicle that would look more at home in outer space will be revealed for the very first time to the public at this year’s show, taking place from 4-7 November at London’s Earls Court. With a unique and futuristic body design, “Gul-wing” Lamborghini-inspired doors, hidden wheels and sleek lines, the ETV will be the stand out attraction from the museum’s collection at the show.

“No one in the world will have seen a car like this until they come to the MPH show. Only four have ever been made and this will be the only opportunity for people to see this amazing car. It’s an unbelievable work of art and a remarkable celebration of ingenuity and craftsmanship.”

Also on show at the London Motor Museum’s stand will include two 1939 Ford Zephyrs, ‘Nite Black’ and ‘Day White’ − the world’s first Street-Rod Supercars. The exclusive hand -made vehicles come in at £500k and £250k respectively, with the ‘Nite’ offering serving up diamond encrusted rims, a 5.3 litre V8 Engine and an in-car iPad.

MPH The Prestige and Performance Motor Show powered by Shell V-Power featuring Top Gear Live will take place at Earls Court, London from November 4-7th and the NEC in Birmingham between November 11-14th.