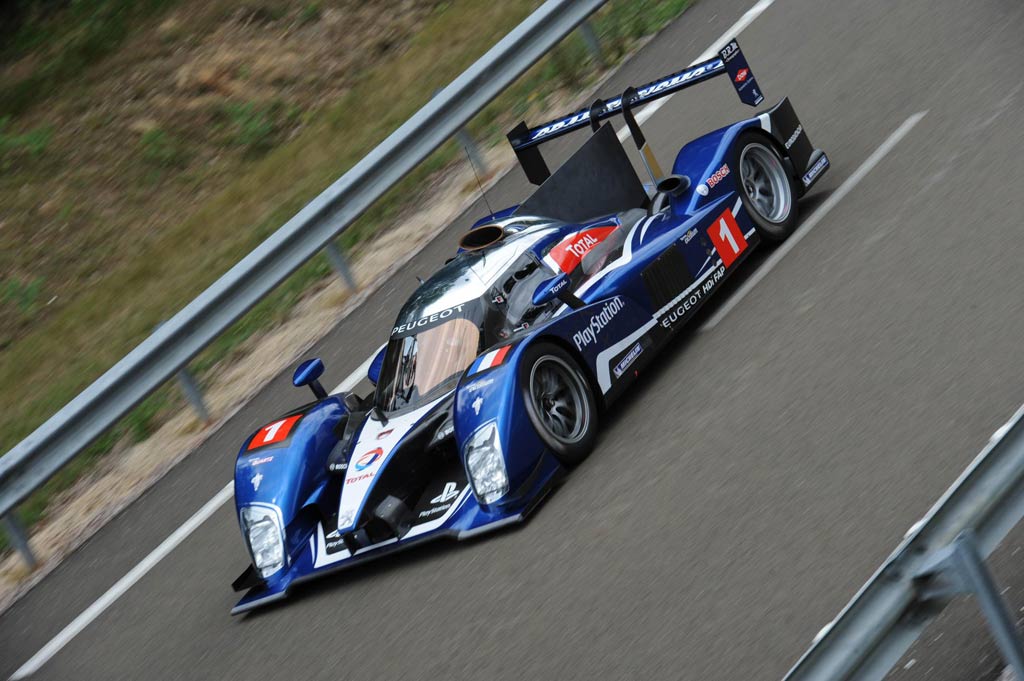 In parallel with its 2010 Peugeot 908 HDi FAP race programme, Peugeot Sport is busy designing and developing a new prototype that will defend its colours in 2011.

Peugeot Sport’s principal mission accomplished
Having been kept secret in Peugeot Sport’s factory in Vélizy, near Paris, the team’s new endurance challenger – known under the codename 90X – has been out for its first track test.

“Our objective was to start track testing before the end of the year,” says Peugeot Sport Director Olivier Quesnel. “I am pleased to report that we have now done that. Even so, there is still a long way to go and a considerable amount of work to be done as we prepare for 2011.”

The 90X’s technical characteristics
The 90X complies with the new ACO’s 2011 regulations, and notably incorporates the extra “shark fin” bodywork on the engine cover. This new feature is designed to help prevent the car from becoming airborne in the case of a high-speed spin. As with the Peugeot 908 HDi FAP, Peugeot Sport has opted for a closed cockpit design, which still meets the mandatory 900kg weight requirement.

“We are still exploring several options with regard to the engine and technology we will use,” points out Bruno Famin, the Technical Director of Peugeot Sport. “Work on the engine’s development is ongoing. Endurance racing is an ideal proving ground to provide us with the opportunity to showcase all the brand’s technologies.”