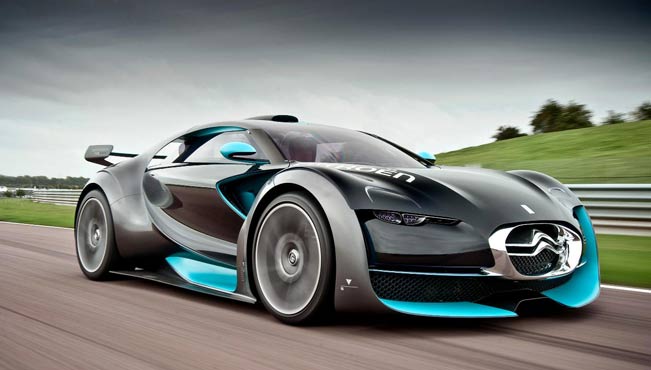 Survolt, Citroën’s stunning all-electric racing car concept, will be one of the star cars in this year’s Top Gear Live show at London’s Earls Court. Presented by Jeremy Clarkson, Richard Hammond and James May, the arena performance will give audience members a rare opportunity to see the striking concept in action.

Visitors to Citroën’s show stand can also get up close and personal with a production-ready version of the eagerly anticipated DS3 Racing – a hot-blooded special edition with an impeccable sporting pedigree.

The Citroën Racing developed DS3 Racing features a tuned and turbo-charged 1.6-litre THP engine, produces 207hp and maximum torque of 275Nm, boasts a top speed of 146mph, a 0-62mph time of just 6.5 seconds and takes just 26.5 seconds to cover 1,000m from a standing start. Based on the top-of-the-range DSport model, DS3 Racing delivers optimised sporting characteristics with specific equipment from the world of motorsport.

Propelled by two electric motors with a combined power of 300bhp, Survolt is capable of exceptional performance with a top speed of 260kph (162mph) and a 0-100kph (0-62mph) time of under five seconds. The concept’s twin 140kg lithium-ion batteries each boast a 31kw capacity, which allows Survolt to cover 200km (124 miles).