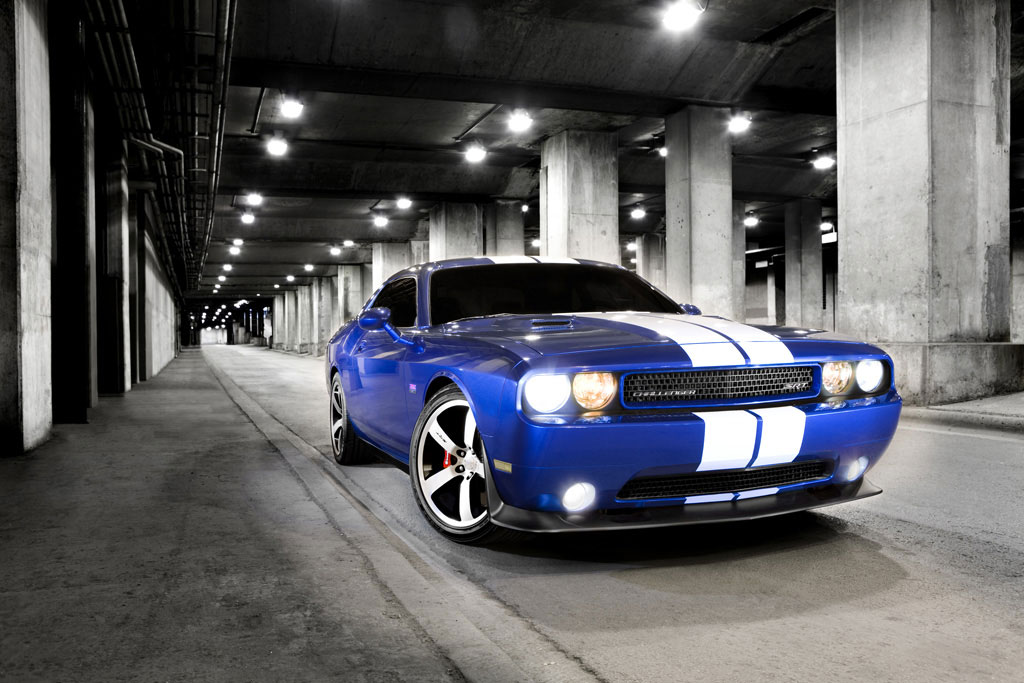 Dodge’s ultimate modern American muscle coupe, the Dodge Challenger SRT8 392, receives a big boost in horsepower and torque with the introduction of the legendary 392-cubic inch HEMI V8 powertrain for the street

Building on its original mantra of a rear-drive coupe that delivers balance between form and function, the Dodge Challenger SRT8 392 also brings world-class ride and handling along with high-performance braking and the latest technology that delivers improved fuel efficiency.

The performance SRT-tuned, fully hydraulic steering system also has been improved with a new, heavy-duty pump and revised gearing to give drivers more direct feel and on-center response.

The result: the 2011 Challenger SRT8 392 is now more nimble and playfully “tossable” while still capable of an incredible .93g of lateral acceleration on the skid pad – the most of any production Challenger.

To kick off 2011-model year production, Dodge will build 1,492 Inaugural Edition models of the Challenger SRT8 392, all with exclusive content.

There’s a lot of history attached to the iconic 392 HEMI name.

The original 392 HEMI engine was introduced in 1957 model year Chrysler and Imperial products, replacing the 354 cubic-inch version of the original HEMI launched in 1951. The new and improved HEMI V-8 engine was quickly adopted by drag racers of all types, and following various historical speed runs on land and water, soon became affectionately referred to simply as the “92.”

After 1958, the 392 HEMI was gone as a production engine, but it still remains a legend. Collectors are now preserving many historic 392-powered race cars and hot rods and proudly displaying them on show car circuits.

In 2007, Mopar – Chrysler Group LLC’s service, parts and customer-care brand – helped celebrate the 50th anniversary of the original 392 by launching a modern, crate engine version of the 392 HEMI.

The 2011 Dodge Challenger SRT8 392 is built at the Brampton Assembly Plant in Brampton, Ontario, Canada, and will arrive in U.S. dealerships in the fourth quarter of 2010.