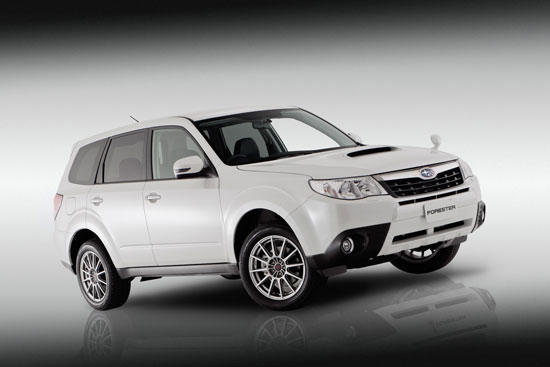 Other significant additions include:

“We’re delighted and honoured that Fuji Heavy Industries (FHI) have chosen Sydney for the worldwide unveil of this Forester concept. It points towards an exciting development in our Forester range early next year. Forester is firmly established as Australia’s best selling compact sports utility vehicle, with the most recent addition to the range being the diesel variants that are proving a sales winner for our All-Wheel Drive brand. There’s no denying Forester’s appeal to Australians in both urban and rural environments, so we think this concept will only add to the huge interest,” added Mr Senior.

Today’s unveil follows FHI’s recent announcement of its first all-new new engine in 21 years, which will debut on normally aspirated Foresters in Australia in early 2011. The third-generation four cylinder horizontally opposed Boxer engine will launch as a 2.5 litre in Australia. It features a longer stroke, compact combustion chamber and lighter moving parts.

Along with every vehicle in the Subaru range, Forester has an independent five-star rating for occupant safety from the respected Australasian New Car Assessment Program (ANCAP) and is protected by DataDot security.