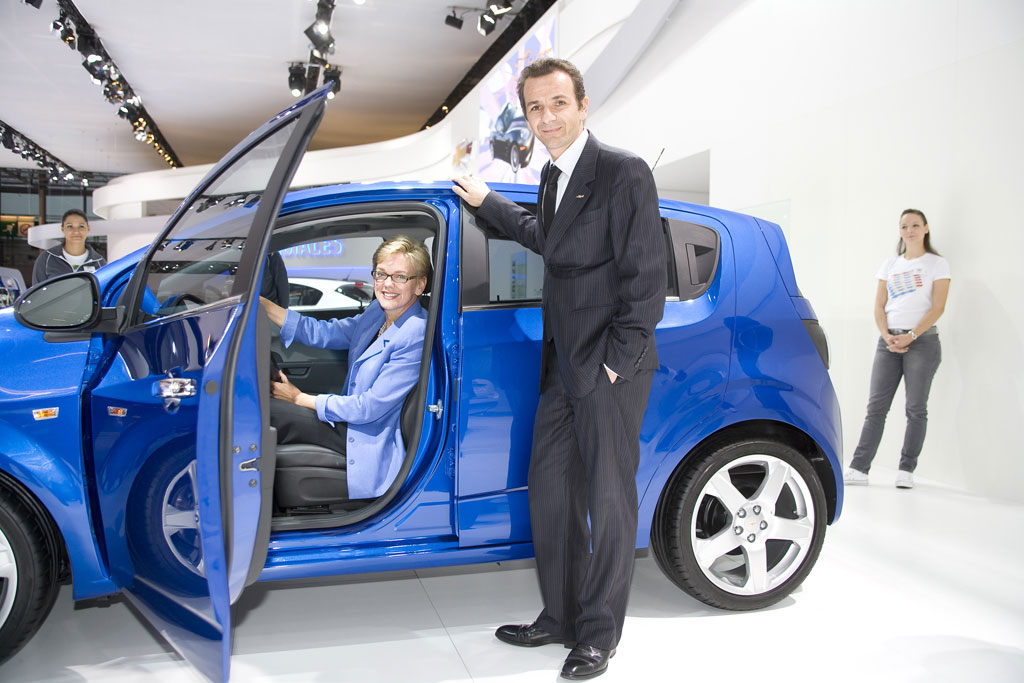 The new Chevrolet Aveo will go into production in Seoul, Korea next year, and begin a rollout that will include a U.S.-assembled version of the car in 2012. Michigan Governor Jennifer Granholm stopped by the Aveo display on Friday during a tour of the Paris Motor Show.

The new Aveo was originally unveiled in January at the 2010 North American International Auto Show in Detroit as a concept car called the Chevrolet Aveo RS. It is being shown in production form at the Paris show.

As GM’s global mini and small car development base, GM Daewoo led the design and R&D of the new model. The new Aveo small car is expected to be rolled out globally after entering the Korean market in the first half of 2011.