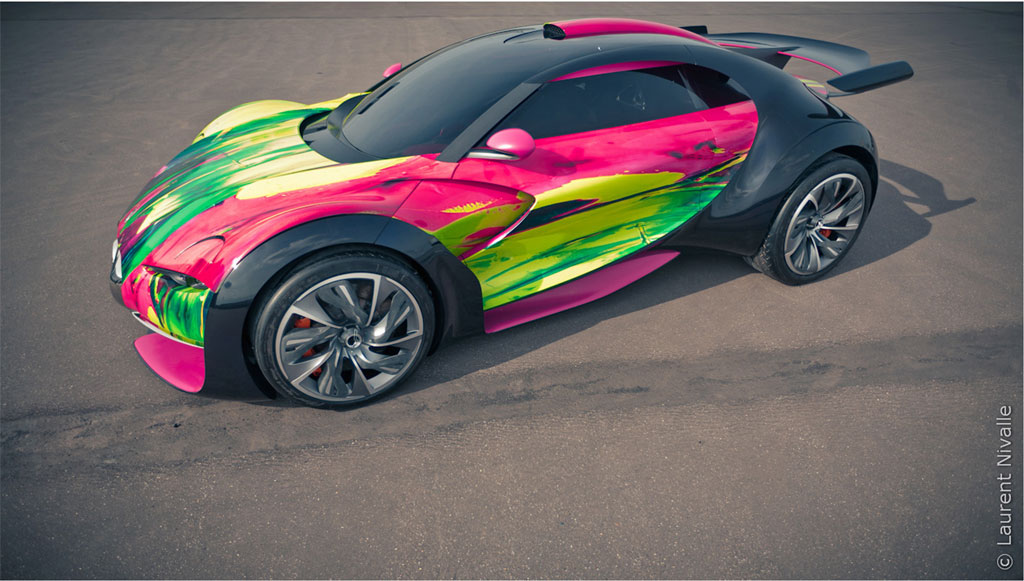 Citroen has launched a new season at the Company’s international showcase, C_42, featuring a display of exciting models including a new ‘Art Car’ version of Survolt by Francoise Nielly, and Flavio Melchiorre’s personalised Citroen DS3 – winner of the Citroen Créative Awards competition.

The 14th season at the distinctive landmark building on the world famous Champs-Elysées also celebrates this year’s Paris Motor Show, bringing some of Citroen’s newest models such as the New C4, C-ZERO, DS3 Racing and DS4, to the public’s attention in the centre of Paris.

Fresh from its exhilarating UK duel against an electric superbike – the first head-to-head of its kind – the stunning all-electric Survolt racecar concept has been recharged with a bold, vivid and brightly contrasting new fluorescent paint scheme by Francoise Nielly. A source of inspiration for the original styling of Survolt, renowned contemporary artist Francoise Nielly worked closely with Citroen’s design team to create the exciting new interpretation of Citroen’s 100% electric racer – the Survolt ‘Art Car’.

On the top floor of C_42 is a display of Flavio Melchiorre’s personalised Citroen DS3 – the creation that won the Italian artist first prize in the Citroen Créative Awards, an international design competition launched in May 2010. The first Citroen Créative Awards received over 700 projects from around the world and the prize-winners were announced at a special evening held at C_42 on 5thOctober. Flavio Melchiorre’s DS3 creation will be launched in 2011 together with other new DS3 personalisation options.