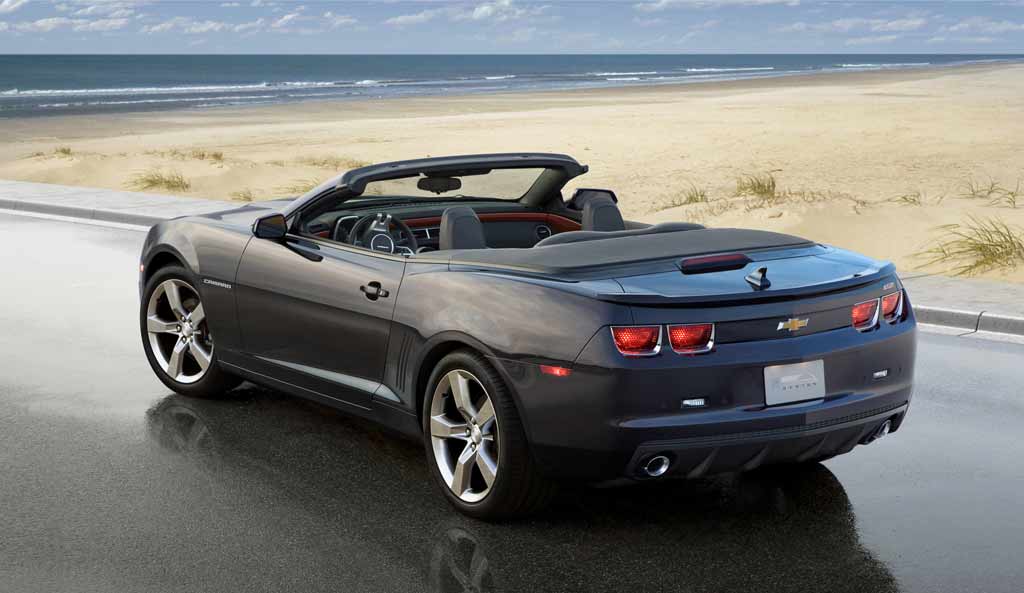 The 21st century rebirth of the Chevrolet Camaro opens a new chapter when the 2011 Camaro Convertible premieres at the Los Angeles International Auto Show on Nov. 17. The Camaro Convertible will arrive in Chevrolet showrooms in February 2011. Starting price will be $30,000, including $850 destination. (Full details will be released later this year.)

“The Convertible will make the all-new Camaro, already a smash-hit, even more desirable to a greater range of drivers,” says Chris Perry, vice president of Chevrolet Marketing.

The Convertible model will be available in the same basic model offering as the Camaro Coupe. The standard model will have a 312-hp Direct Injection V6 engine featuring 29 miles per gallon on the highway. The SS model will feature the 6.2-liter V8 engine producing 426 hp. A six-speed manual transmission will be standard, with an optional six-speed automatic.

Camaro is America’s most popular sports car, seizing leadership in U.S. sales with the coupe model that launched in spring of 2009 as a 2010 model. The right to purchase one of the first Convertibles was recently sold at the Barrett-Jackson auction for $205,000, with all proceeds donated to charity.