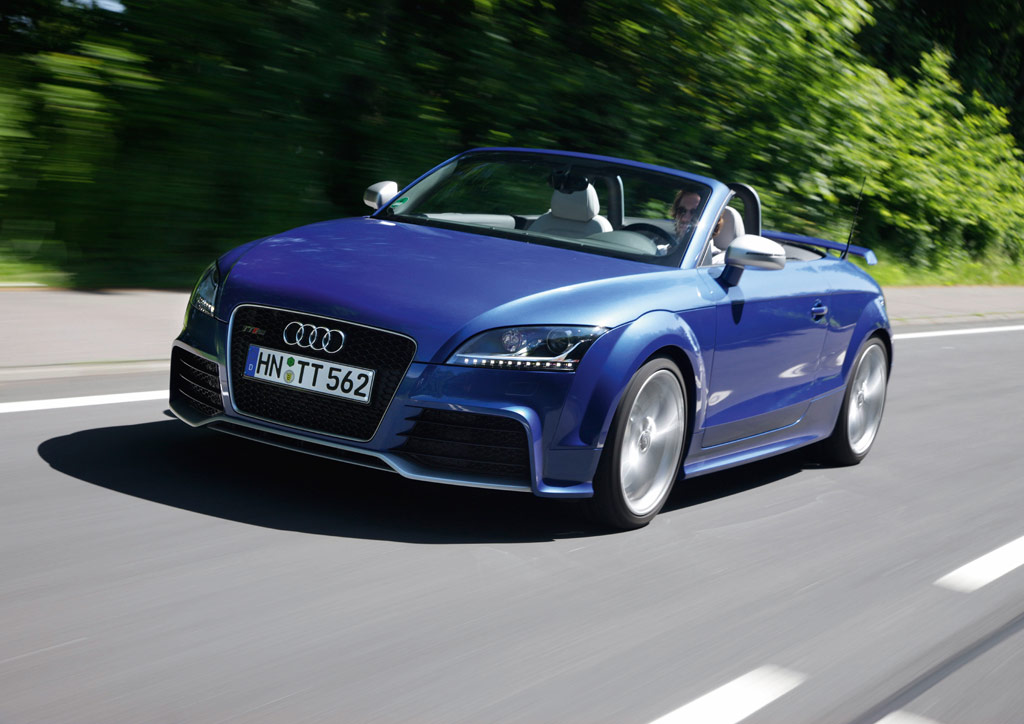 The Audi TT RS, the top-of-the-range TT model, can now also be ordered with a seven-speed dual-clutch transmission. This enables the purist driving machine, which was developed by quattro GmbH, to make quite an impression with lightning-fast gear changes and a level of efficiency that is pioneering in its class. The TT RS Coupé consumes an average of 8.5 liters (27.67 US mpg) of fuel per 100 km and emits just 197 g/km (317.04 g/mile) of CO2.

Alongside the version with six-speed manual transmission, Audi is now making the TT RS available with an S tronic seven-speed dual-clutch transmission which perfectly unites dynamism, comfort and efficiency. Shifts are completed within just a few hundredths of a second by changing between the two clutches, and are smooth and very comfortable, with no perceptible interruption in the power flow.

Designed for high efficiency at every speed: The seventh gear is configured as a high-geared overdrive which reduces engine speed, thus cutting fuel consumption. The driver can choose between two fully automatic modes and the manual mode in which he changes gear using the shift paddles on the steering wheel or with the selector lever. In addition, a launch control function offers virtually perfect acceleration from a standing start, with maximum turbo power and minimum wheel spin. This enables the TT RS with S tronic to accelerate even faster than with a manual transmission. The Coupé sprints from zero to 100 km/h (62.14 mph) in just 4.3 seconds. Top speed is governed electronically at 250 km/h (155.34 mph). This speed restriction can be removed as an option.

The unique 2.5-liter five-cylinder TFSI engine in the Audi TT RS received the “International Engine of the Year Award” in June 2010. Fitted with the Audi core technologies of turbocharging and FSI direct injection, this power pack delivers 250 kW (340 hp) between 5,400 and 6,500 rpm and reaches a maximum torque of 450 Nm (331.90 lb-ft) between 1,600 and 5,300 rpm. In conjunction with quattro permanent all-wheel drive and a high-performance chassis, the five-cylinder engine produces an outstanding road performance.