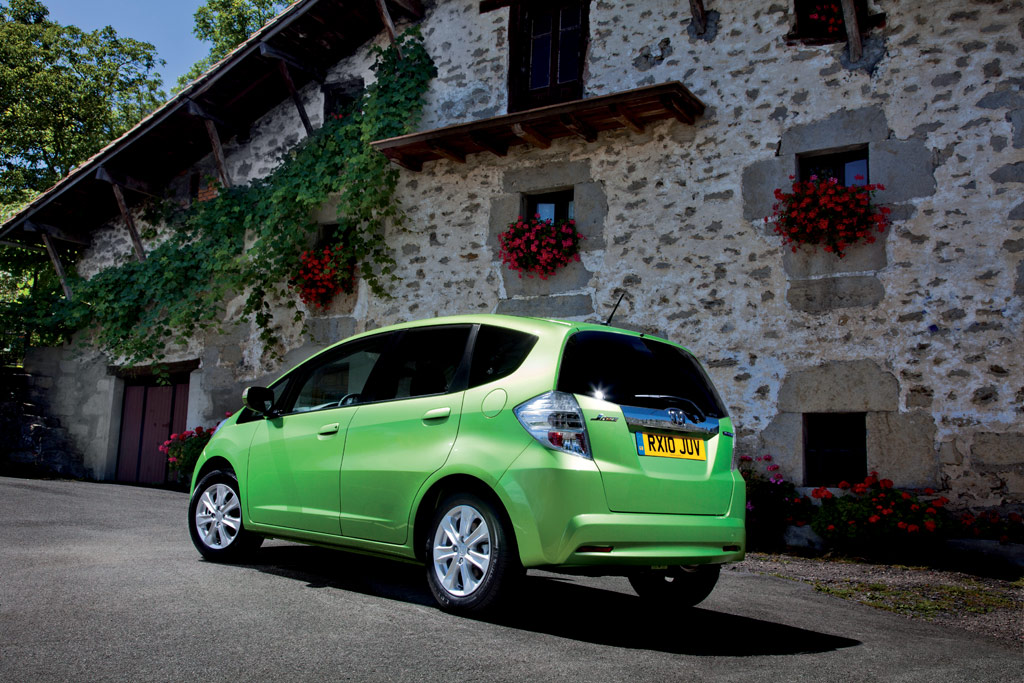 The world debut of the Jazz Hybrid at the Paris motor show will offer the first opportunity to see that Honda has added IMA hybrid technology to the innovative hatchback while still retaining the flexibility of its unique folding Magic Seats.

Importantly in the Jazz Hybrid the integration of the hybrid system into the car has not diminished the interior space, with the boot floor remaining at the same level as the current 1.2 and 1.4 Jazz models. The IMA battery pack and power control unit have been integrated in the area under the boot floor, keeping the normal boot (above floor) area of 300 litres and allowing the Magic Seats to fold in the same manner as non-hybrid versions. This means that the seats still fold entirely flat to provide a surprising large boot space of 831 litres or the seat bases can be folded to sit vertically to accommodate tall items within the car.

The IMA hybrid motor and control system are shared with the Insight and CR-Z hybrids, taking advantage of the proven reliability of this important technology. With almost two decades of development and 10 years of sales behind it, the Honda IMA system has proven itself to be a flexible and dependable technology, with over half a million vehicles on the road benefitting from its combination of low emissions and fuel economy.
The Jazz Hybrid will feature the same 1.3 litre i-VTEC as the Insight hybrid and despite its taller, more flexibility focussed shape, the new car has CO2 emissions of a similar level at 104 g/km* according to internal Honda tests. Like the Insight and Civic Hybrid models, the Jazz Hybrid will be capable of running on the electric motor alone under some medium and low speed conditions and this contributes to a combined fuel consumption figure of just 4.4 l/100km (combined cycle figures from internal Honda tests and not homologated at the time of writing).

The Jazz hybrid will go on sale in some European markets in the early part of 2011, prices homologated emissions levels and full specifications will be announced in due course.