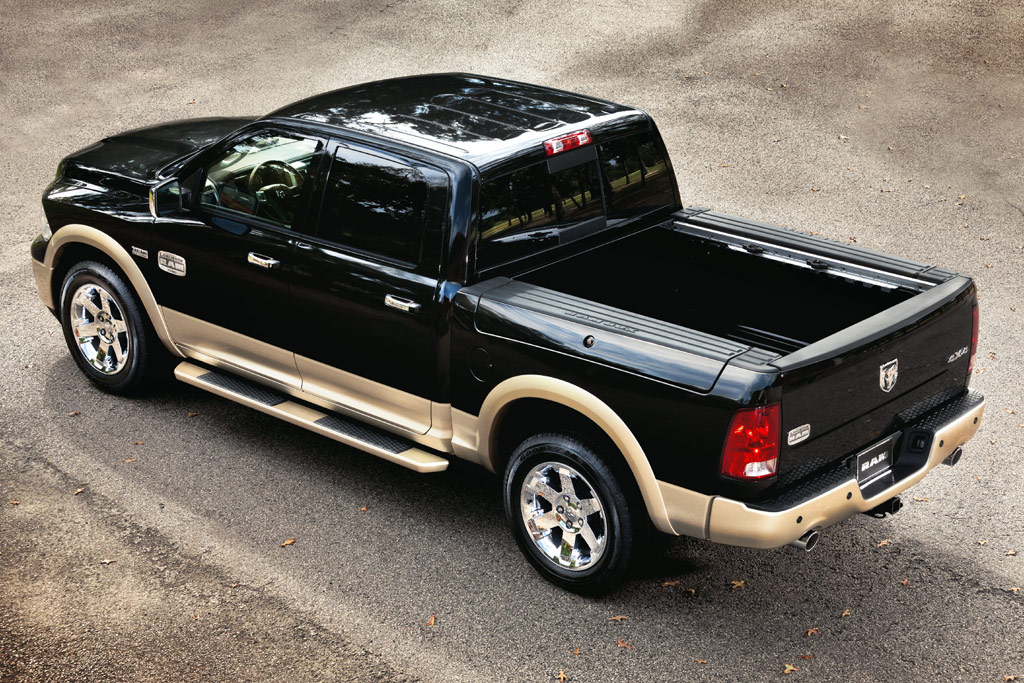 Chrysler Group LLC today unveiled the most luxurious Ram Truck ever produced by the company. Named the Ram Laramie Longhorn edition, the Ram lineup’s most well-appointed model is designed for the owner who needs a truck for work or play, but won’t settle for anything but the finest quality and refinement. Inside and out, Laramie Longhorn is loaded with remarkable features.

The two main gauge rings feature a hand-crafted look with a coined inner edge and filigrees engraved on the top surface. Set inside those rings, the lower edges of the gauge cluster dials are detailed with small filigrees that are softly backlit at night.

The Ram Laramie Longhorn edition’s dash features a center stack trimmed in burled walnut wood graining. The wood grain is stained in one of two complementary shades, matched to either the russet or bark brown interior theme. Chrysler designers borrowed from high-end furniture-grade and gun stock designs in their choice of wood grain.

On the passenger side, the upper glove box door – there are two – becomes a focal point with the addition of a full-length, filigree-engraved aluminum band and Laramie Longhorn edition badge.

Beneath the instrument panel is soft, new footwell lighting, providing both a functional and aesthetic interior enhancement.

The pewter-colored highlights from the center stack flow rearward, continuing along the outer edges of the center console. A chrome ring outlines the console’s center bin and cupholders.

Laramie Longhorn will join the other Ram trim levels, which include: ST, SLT, Outdoorsman, Sport (1500 only) Laramie and Power Wagon (2500 only). Ram Laramie Longhorn models will go on sale first quarter 2011. Prices will be announced closer to launch.