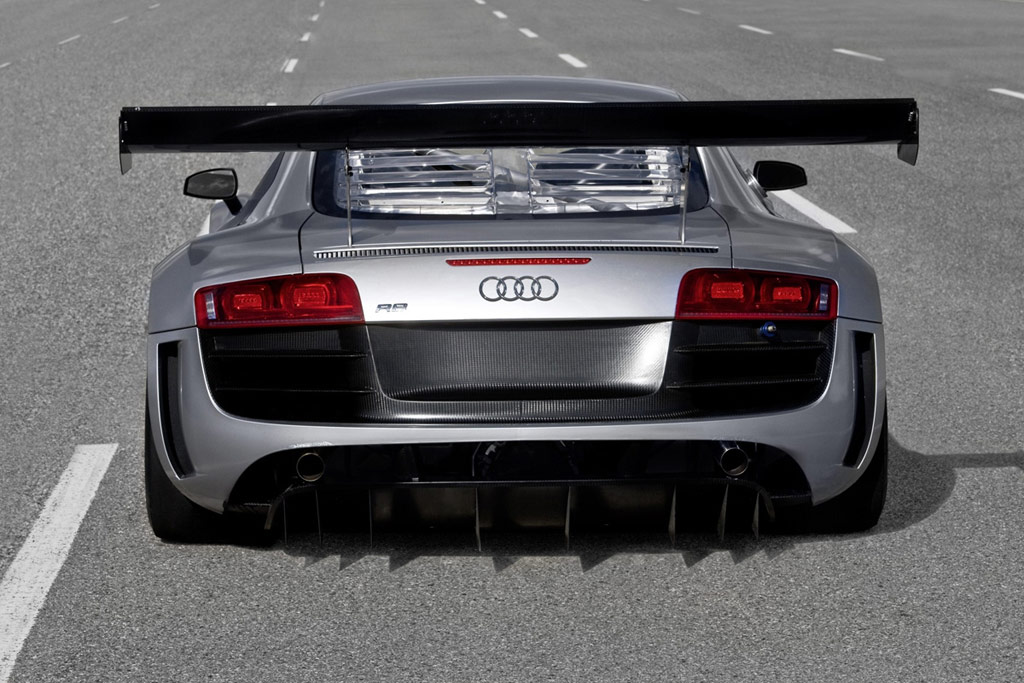 For the first time, Audi Sport will offer a racing sports car specifically developed for customer use in the form of the powerful 500 hp plus GT3 version of the Audi R8 which will be available from autumn 2009. The logistics and factory space required for the AUDI AG customer programme will be created over the next few months in Ingolstadt, Neckarsulm and Györ.

“The R8 is the first production Audi bearing the name and genes of a successful racing sportscar and is therefore an excellent base from which to build up our first big customer sport programme,” explains Head of Audi Motorsport Dr Wolfgang Ullrich. “Ever since the R8 was unveiled we’ve been inundated with enquiries about a race version. With the Audi R8 we will offer customers a racing sportscar equipped with high-calibre technology and the typical Audi qualities, but which is nevertheless easy to handle.”

The Audi R8 conforms to the production-based GT3 regulations allowing the car to be fielded in numerous national and international race series.

Because the GT3 regulations prohibit the use of four-wheel drive the Audi R8 comes with the typical GT rear-wheel drive. The power is transmitted via a newly developed six-speed sequential sports gearbox. The suspension uses almost exclusively components from the production line. A comprehensive list of safety equipment guarantees the highest-level of passive safety. A modified front end and a large rear-wing generate the required downforce for the race track.

The Audi R8, which bears the project name “R16” within Audi Sport, was developed under the direction of Audi Sport. Mid August, the first prototype successfully completed a roll-out in the hands of Audi factory driver Frank Biela.

The first test races in various European racing series are scheduled for the 2009 season. Delivery to the customers is planned from the autumn of this coming year.
The customer cars are manufactured together by Audi Sport and the quattro GmbH, which is also responsible for production of the Audi R8 street version, and Audi Hungaria Motor Kft. (Györ).