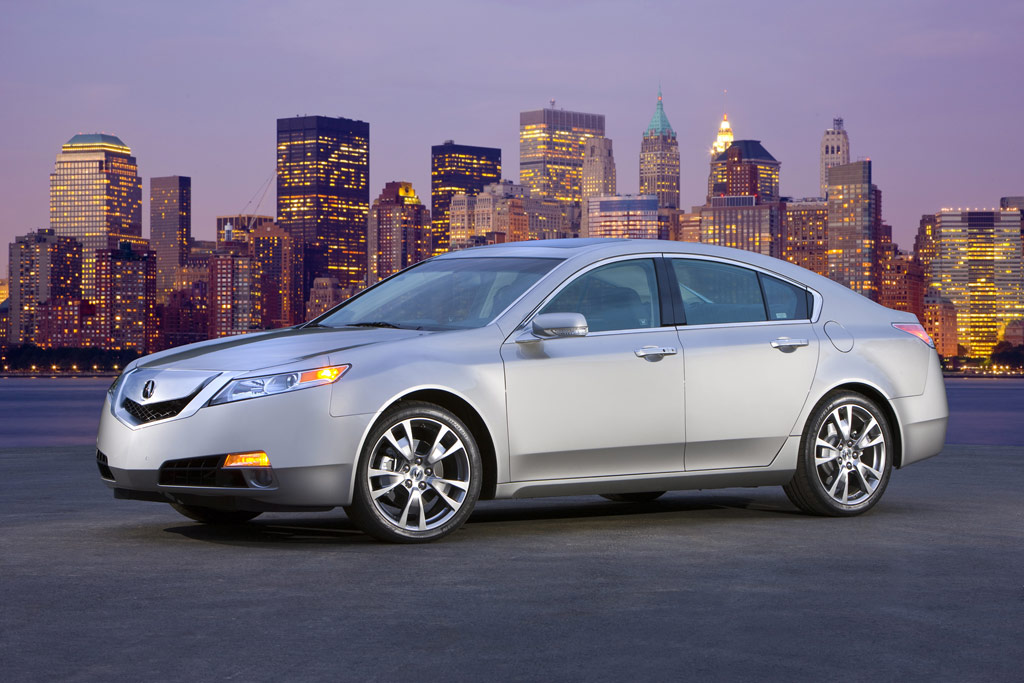 Since inception, the Acura TL performance luxury sedan has set lofty standards for styling, performance, comfort and technology. Available for 2011 in two different models (TL and TL SH-AWD®), the fourth-generation Acura TL is the most diverse in the vehicle’s history offering more performance capabilities and luxury appeal than ever before— all wrapped in evocative style.

“The 2011 TL is the quintessential sports sedan, combining equal parts technology, luxury and exciting performance,” said Jeff Conrad, vice president of Acura sales, “Moreover, not only is the 6-speed manual transmission model the best performing Acura TL ever, it is the top handling performer among every vehicle in its class.”

Each TL model is available with the Technology Package which adds navigation, a rear view camera, an Acura/ELS Surround® 410-watt Premium Audio System, and a host of cutting edge electronic technologies such as AcuraLink Real-Time Traffic with Traffic Rerouting™ and AcuraLink Real-Time Weather™.

In addition to the powertrain and technology choices, buyers can further customize the TL with tire and wheel upgrades. The 2011 TL comes standard with 17-inch aluminum wheels or optional 18-inch aluminum wheels with all-season tires. The TL SH-AWD® features standard 18-inch wheels or optional 19-inch wheels with high-performance tires that further add to the sedan’s performance capabilities.

With optimized suspension, two performance transmission choices, and an available Technology Package, the 2011 TL offers more appeal than ever before. The combination of dramatic styling, exhilarating performance and an extensive array of electronics ensures Acura’s best selling sedan will appeal to a sophisticated, technology-savvy audience.

The performance oriented TL SH-AWD® not only distributes engine torque front to rear, but also right to left. Furthermore, SH-AWD® generates torque vectoring that seamlessly distributes more power to a single outside rear wheel to create a “yaw moment” to help the TL turn in more quickly and precisely. The result is a remarkably balanced and precise all-wheel-drive performance sedan that excels year-round, not just during inclement weather.

For 6-speed manual transmission applications, special heavy-duty front driveshafts are used. In addition to being 2-percent larger in diameter, the driveshafts have a larger inboard spline size and team with more heavy-duty CV joints.

The structural engineering for the TL’s unit-body includes locating the frame rails inside (rather than underneath) the vehicle’s floor pan, resulting in a nearly flat body underside. Benefits of this frame design include improved crash safety, a significant reduction in interior noise levels and reduced aerodynamic drag that helps enhance fuel efficiency. Another notable engineering feature is the significant use of high-strength steel, which simultaneously improves strength of the unit-body while helping to reduce overall weight. For additional weight savings, aluminum is used for the hood, the front suspension subframe and rear suspension knuckles.

In keeping with its mission as a driver’s car, the TL interior features a “dual personal” design that provides both the driver and front passenger with their own personal space. Thanks to its large exterior dimensions, the fourth generation TL has 1.3 inches more rear legroom and 0.5-inch of added rear shoulder room compared to the previous generation TL.

Safety
The 2011 TL makes use of a host of advanced safety features including Acura’s acclaimed Advanced Compatibility Engineering™ (ACE™) body structure. The ACE™ body design enhances occupant protection and crash compatibility in frontal crashes by utilizing a network of connected structural elements to distribute crash energy more evenly throughout the front of the vehicle. This enhanced frontal crash energy management helps to reduce the forces transferred to the passenger compartment and can help to more evenly disperse the forces transferred to other vehicles in a crash. Acura first introduced ACE™ with the 2005 RL, and currently every vehicle in the Acura model range now has this advanced safety engineering.

Six airbags and active head restraints for the driver and front passenger seats are just a few of the long list of passive safety features built into the TL. The array of airbags includes: dual-stage, multiple-threshold front airbags; dual-chamber front seat side airbags with front passenger seat Occupant Position Detection System; and side-curtain airbags for front and outboard rear seating positions. Additional passive safety features include 3-point seatbelts for all seating positions, driver and front passenger seatbelt load-limiters with an automatic tensioning system and a Lower Anchors and Tethers for CHildren (LATCH) system that permits quick, convenient attachment of up to two child seats at the outboard locations of the rear seating area.