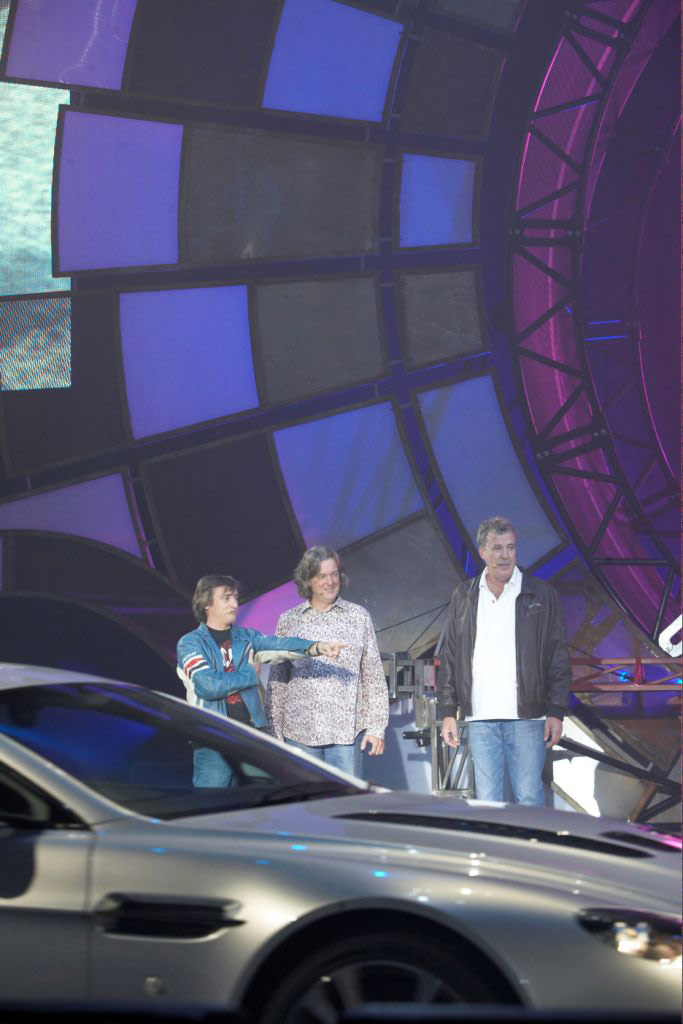 The Top Gear Live “Prototype Tour” 2010, Top Gear’s most exciting, ambitious and complex stage show to date, will kick off its globe-trotting adventures at London’s Earl’s Court this November.

This all-new celebration of automotive utopia will see the debut of the world’s first ever transparent car, Porsches modified beyond all recognition and a custom made “Godzilla” Nissan GT-R going head-to-head with a police helicopter.

Jeremy Clarkson, Richard Hammond and James May will add their usual dose of energetic slapstick bickering and cutting edge cocking about to proceedings in London and Birmingham this November.

“It’ll make U2’s live spectaculars look like the wobbly backdrop in a village hall production,” says Executive Show Producer, Rowland French. “Using state-of-the-art technology our audiences will be transported from dusty desertscapes to steaming tropical jungles in the blink of an eye. Pyrotechnics, massive horse power engines and a cracking soundtrack will accompany this amazing live stunt show, as some of the world’s most expensive, powerful and absurdly modified cars create an electrifying atmosphere for our audience. Most of the team still can’t believe we managed to pull off some of these extreme car creations, so I’m excited to serve up a show that will blow the audience out of their plastic seats!”

Top Gear Live will take place at MPH The Prestige and Performance Motor Show at Earls Court, London from November 4-7th and the NEC in Birmingham from November 11-14th.