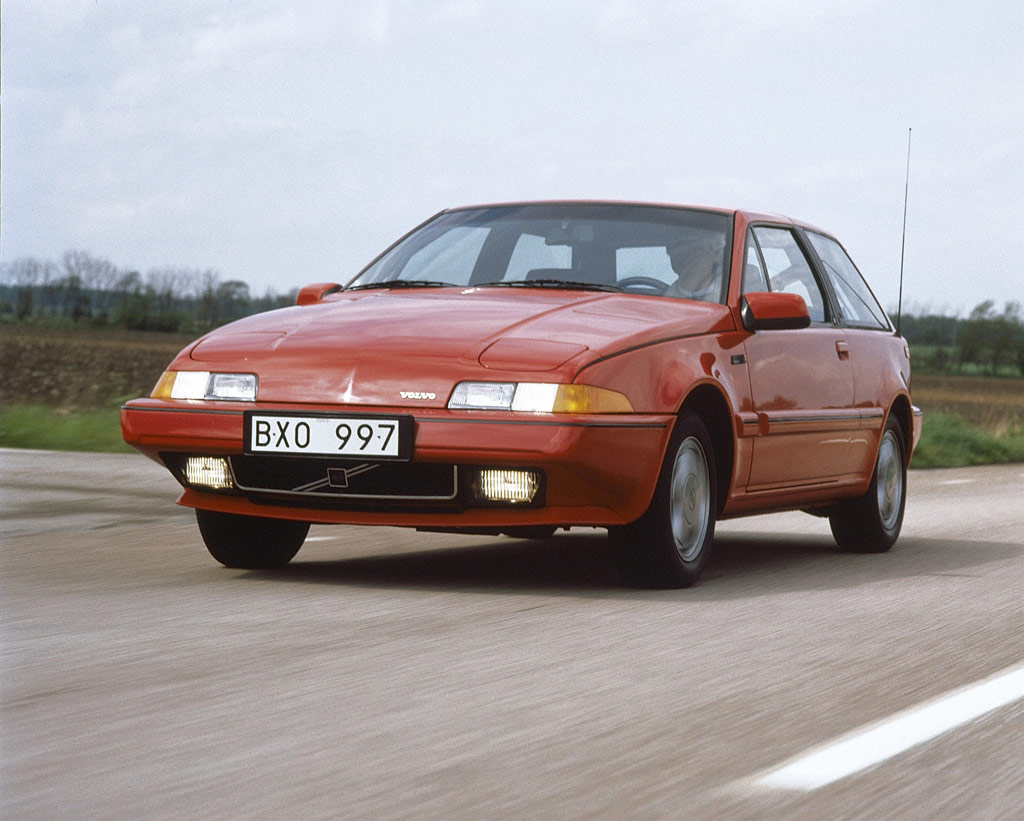 Today all Volvos are either front- or four-wheel driven. In1985 it was a different situation. Since 1927, rear-wheel drive had been used by Volvo Car Corporation but on October 15, 1985, Volvo published a picture of their first series-produced front-wheel drive car – the 480ES. There, a new technical era began and since 1998 all Volvos are either front- or four-wheeldriven. And everything started in ‘space’…

The future was called Galaxy
Volvo 480 ES was the result of a strategic product planning project. This project – which was all about the future Volvo cars and called Galaxy – contained several suggestions for future replacements of the 340/360 cars, the 240 line-up and the 760/740 models in a long term perspective. To put it simple, Galaxy resulted in the 400 and 850 cars. Work progressed on two fronts; at Volvo Car Corporation in Gothenburg with the larger car and in the Dutch company Volvo Car B.V. with the compact models.

Volvo 480 ES was the first model to emanate from a whole new generation of cars from Volvo Car B.V., Volvo Car Corporation’s Dutch subsidiary that built its cars in the Born plant. It wasn’t just the technical layout with front-wheel drive that made the 480 different from other Volvos, it was also sleek and boldy wedge-shaped, a 2 + 2 seater with its rear body shaped like an estate car and a glass tailgate. It also featured pop-up headlamps and the classic Volvo grille with its diagonal ribbon was merely hinted – positioned below the front bumper. Its exterior was the work of Dutchman John De Vries with Briton Peter Horbury being responsible for the inside. The latter was later to become head of design at Volvo Cars. Twice to be exact.

A real roadcar
The official Volvo 480 ES debut took place at the international motorshow in Geneva. Not only was the car cool to look at, but it was also a great roadcar. The dynamic properties of the 480 well matched its sporty looks, in spite of a modest 109 hp power output. The engine was a 1.7 litre SOHC Renault unit with electronic fuel-injection. It was installed transversely in the 480, another Volvo first, and drove the frontwheels through a five-speed gearbox. This way of designing a car – with a compact powerpack at the front which results in plenty of room for the occupants inside the wheelbase – was new to Volvo but soon adopted across the model range.

Volvo 480 was very well equipped in standard version, filled with practical and personal solutions. A lot of them were electronically controlled which in turn caused its fair bit of reliability problems. Of course, such a well-equipped car couldn’t come cheap but the 1986 480 ES was competitively priced at SEK 120,000 incl.taxes.

Turbo at the top
For model year 1988 more power was added in the form of turbocharging. The Volvo 480 Turbo was fitted with an electronically-controlled turbocharger unit with intercooler which raised power output to 120 hp and resulted in a top speed in excess of 200 kph. In 1993, the normally-aspirated engine was enlarged to 2 litres, resulting in 110 hp and much improved torque characteristics.

A prototype convertible was shown at the 1990 Geneva Motorshow but never reached production. However, both prototypes that were built have survived and sit in Volvo Museum. Another couple of design studies, among them a targatop and a fastback were also built and have also been saved for the future.

The original US launch plans were for different reasons never realized, one of them being the ES’s lack of performance. But they were essential in order to reach the anticipated volumes that were in the original plans and to pave the way for more 400 models. Volvo 480 cars were hence sold in Europe and appr. 3,800 cars reached Sweden, of a total production of 76.375 units during the ten year period 1985 – 1995.

In its final version, the 480 Turbo cost SEK 214,600 incl taxes. The last 480 rolled off the line in Born at the same time as the new S40 compact was introduced on September 7, 1995, and another technical generation took over.