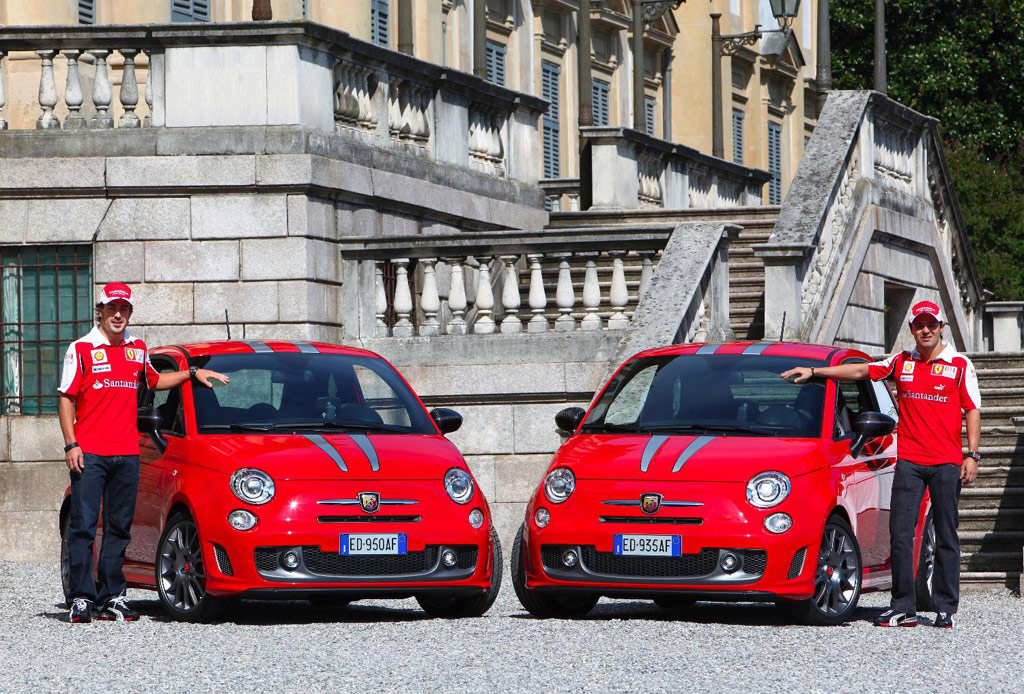 They’re used to fast cars, so Ferrari F1 drivers Fernando Alonso and Felipe Massa were delighted when they were each given an Abarth 695 Tributo Ferrari, during the recent race weekend in Monza.

The new Abarth 695 Tributo Ferrari confirms the consolidated links between Abarth and Ferrari, which include a passion for performance, a racing soul, attention to detail and Italian style. Superb performance is guaranteed by a 1.4 Turbo T-Jet 16v engine, tuned to develop 180 bhp. And an electrically-operated Abarth competition gearbox with race-inspired paddle gearshift to reduce shift times, makes full use of engine performance.

The drivers’ cars are finished in Scuderia Red with Racing Grey details and are enhanced with carbon fibre parts like mirror covers and gear quadrant.

A numbered and limited series of these cars went on sale in July and has already notched up more than 600 orders, over half of which are destined for the UK, France and Germany.

Karl Abarth and Enzo Ferrari’s passion and dedication helped create the legend of Italian motor racing that is universally recognised today. The men behind both marques followed very similar careers: they were first drivers, then tuners, and finally heads of companies that command genuine respect in the world of motor racing.