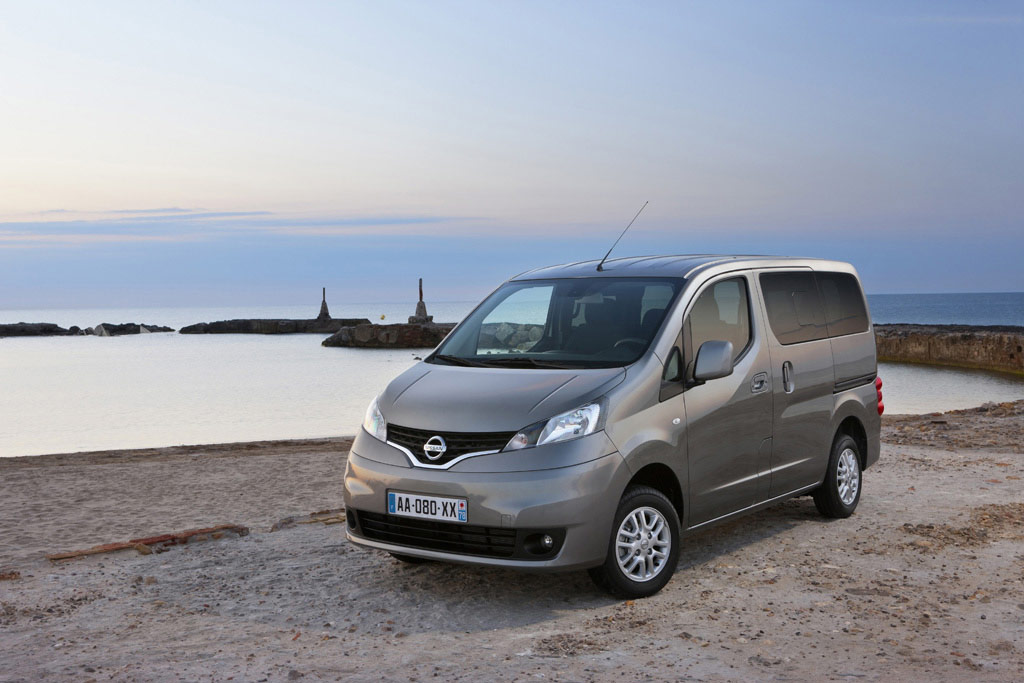 Nissan aims to become a major global player in the LCV market with an aggressive new product plan that promises three new models every year from 2011 to 2013. And the campaign to become a leading manufacturer of light commercial vehicles starts now. At the Hanover Motor Show, Nissan will launch a new passenger-oriented version of NV200 as well display a zero-emission battery technology to be used on Nissan’s future all-electric van.

Other highlights at the show include the arrival of advanced technology pioneered in Nissan vehicles and which are designed to make life easier and safer for the LCV driver and passengers. But the star of the stand is, for the moment, a surprise. Nissan is planning the world reveal of an important new range of vehicles which will take the brand into significant new areas of the LCV market.

“Nissan is deadly serious about becoming a major player in the commercial vehicle world. Despite the current economic crisis we are already selling more than 500,000 units globally. But by the middle of the decade we aim to be producing more than 1 million units annually,” said Gilles Normand, Corporate Vice President, Nissan Motor Co., Ltd. “And by the end of 2012 we expect to be selling commercial vehicles in over 90 per cent of the world’s markets.”

The growth will be fed by nine new models over the next three years, including the first fruits of a major joint venture in India with Ashok Leyland. Nissan is also on the brink of entering the North American market with its new NV van series.

The stars of Nissan’s Hanover stand underline the breadth of the company’s future LCV offering. While the vehicle taking centre stage won’t be revealed until Wednesday, September 22nd at 10:30 am during a press conference, it will be flanked by a new version of the award-winning NV200. The NV200 EVALIA is a fully equipped people carrier capable of carrying seven passengers and their luggage. The NV200 EVALIA completes the NV200 series, which now includes a van, a combi version and a people carrier.

Other NV200 news includes the arrival of a more powerful diesel engine, developing 110hp, as well as two new conversions – a refrigerated box van and a version for handicapped and wheelchair passengers.

Confirming its position as a global leader in zero-emission transport, Nissan recently announced that its second all-electric vehicle will be a light van. Using much of the technology developed for the innovative Nissan LEAF passenger car, the battery-powered Light Commercial Vehicle (LCV) promises to revolutionize commercial operations in the world’s cities. With no tail-pipe emissions whatsoever, the electric van will enable operators to access areas denied to conventional vans. Nissan presents at Hannover the battery technology that will propel the vehicle.

Intelligent technology pioneered in Nissan’s passenger cars is also finding its way into the company’s LCV range. NV200 is presented with the acclaimed Around View Monitor (AVM) technology which uses exterior cameras to monitor the area all around the vehicle. Merging the images together gives a bird’s eye view of the vehicle allowing inch-perfect parking and safe manoeuvering in tight city streets. Nissan will use the AVM technology in future LCV’s

Nissan is also launching a pair of unique apps for the iPhone® at the show. One condenses the entire owner’s manual into user-friendly format complete with ‘How To…’ videos, while the second is a perfect aide-memoire designed to help owners keep track of where they parked their van.

Cabstar, meanwhile, can now be equipped with Nissan’s affordable and highly effective CONNECT IT system, incorporating navigation guidance in nine languages via a five-inch touch screen interface. It also has integrated Bluetooth mobile phone connectivity and a variety of audio inputs to complement the radio and CD player.

“Our display at Hannover and our future plans show that Nissan is serious about commercial vehilces,” said Normand. “Expect to hear much more from us over the next three or four years.”