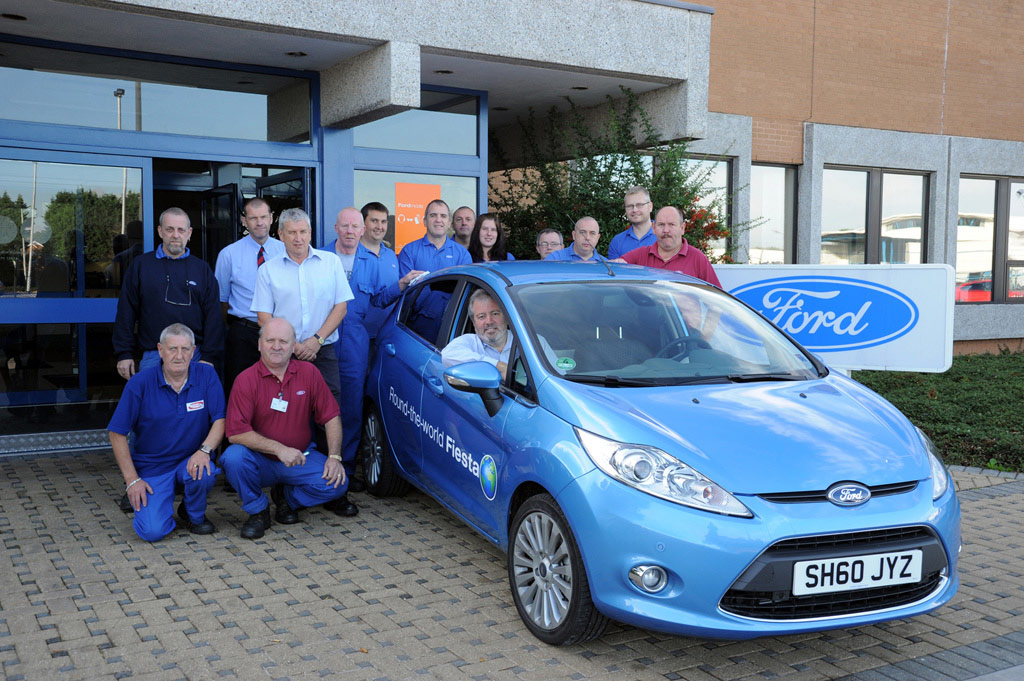 A high-mileage Ford Fiesta has returned to the Welsh production home of its engine.

Ford’s global automotive strategy is being celebrated by this Ford Fiesta, powered by a 1.6-litre petrol engine built in Bridgend, participating in a round-the-world demonstration programme covering North America, Europe, the Middle East, Asia and ending in Australia. During its passage through the UK, the Fiesta was welcomed by Ford Bridgend employees.

Ford Bridgend engines are powering new generations of Ford vehicles that are designed to be sold globally. Ford’s UK manufacturing plants are geared-up to produce two million engines a year as well as transmissions and commercial vehicles.

“We are delighted to welcome the round-the-world Fiesta to Bridgend, birthplace of its 1.6-litre petrol engine. Ford Bridgend is increasing production and will soon be exporting engines all around the world.”

Ford Bridgend is producing the new 1.6-litre Ford EcoBoost petrol engine, which offers CO2 and fuel savings of up to 20 per cent compared with conventional petrol-engine technology. It debuts in the new Ford C-MAX range this autumn.