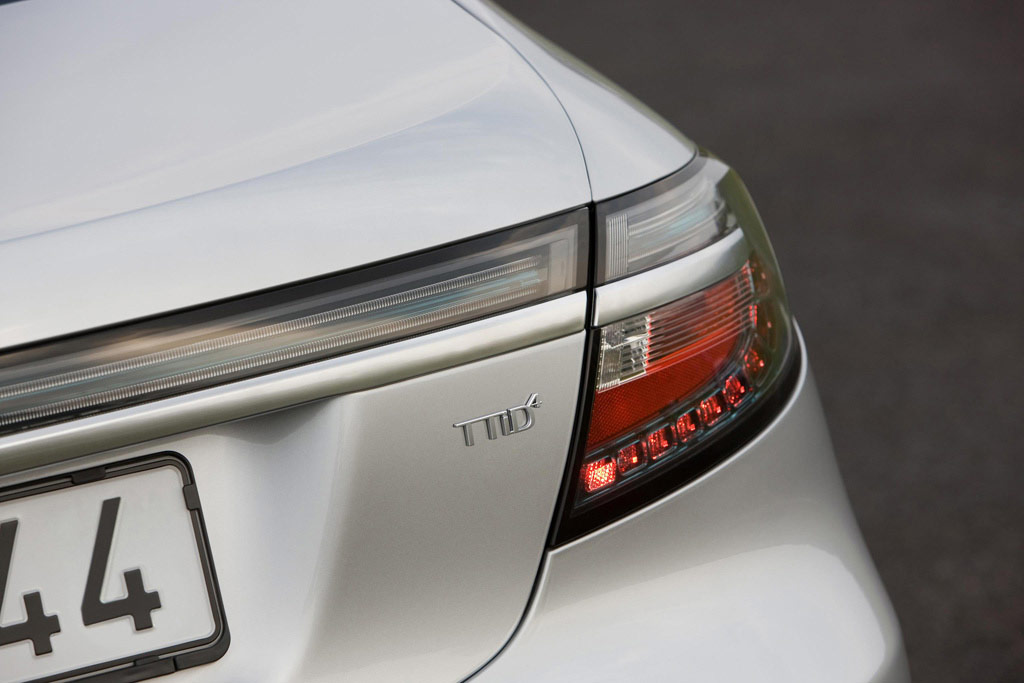 Just two months after its launch, the appeal of the new Saab 9-5 saloon is further broadened by the introduction of two new engines.

The petrol line-up is extended by the addition of an efficient, 180 hp, 1.6-litre turbo, reinforcing Saab’s engine rightsizing strategy.

The Saab 9-5’s high-tech options list is expanded by the addition of Adaptive Cruise Control (ACC) and an exterior paint colour palette that is increased from 7 to 11 colours.

2.0TTiD twin turbo diesel
The new, more powerful, twin turbo diesel engine generates substantial torque of 400 Nm from just 1,750 rpm, in addition to maximum power of 190 hp. The result is 0-62mph in under nine seconds. Projected combined cycle fuel consumption of 47.1 mpg and CO2 emissions of 159 g/km are equally impressive, keeping the 2.0TTiD below the 160g/km write down threshold for company car buyers.

This arrangement provides the driver with the ‘best of both worlds’: good, instant torque at low engine speeds – via the low-inertia small turbo – and strong, top-end power at higher engine speeds when the large turbo is engaged.

1.6T petrol turbo
This small, highly efficient, 180 hp engine epitomizes Saab’s rightsizing engine strategy. Developing more than 112 hp per litre, it is among the most powerful series production engines in its displacement class.

Such strong power, backed by plentiful torque of 230 Nm from 2,200 rpm to 5,500 rpm (including an ‘overboost’ function), enables 0-62mph acceleration in 9.5 seconds. Combined cycle fuel consumption and CO2 emissions are 36.2 mpg and 179 g/km respectively.

The 1.6T is available in Vector SE specification with front wheel drive and manual transmission.

Adaptive Cruise Control (ACC) with Stop & Go
This optional feature for models with automatic transmission enables the driver to select a constant cruising speed and automatically alters the chosen speed to maintain a safe gap to the vehicle on the road ahead. Full distance control is provided from 112 mph down to a complete standstill. ACC offers more relaxing and less stressful driving, particularly in slow-moving, congested traffic conditions. The driver can select one of three distance options.

A radar sensor in the front grille emits a beam to measure the distance to the vehicle in front. If this gap reduces below the required setting, the throttle opening is adjusted or engine braking is applied. Once the appropriate distance is restored, the car will accelerate back up to the pre-set speed. Should heavy braking be required, a visual warning is flashed and an audible sound alerts the driver to take action.