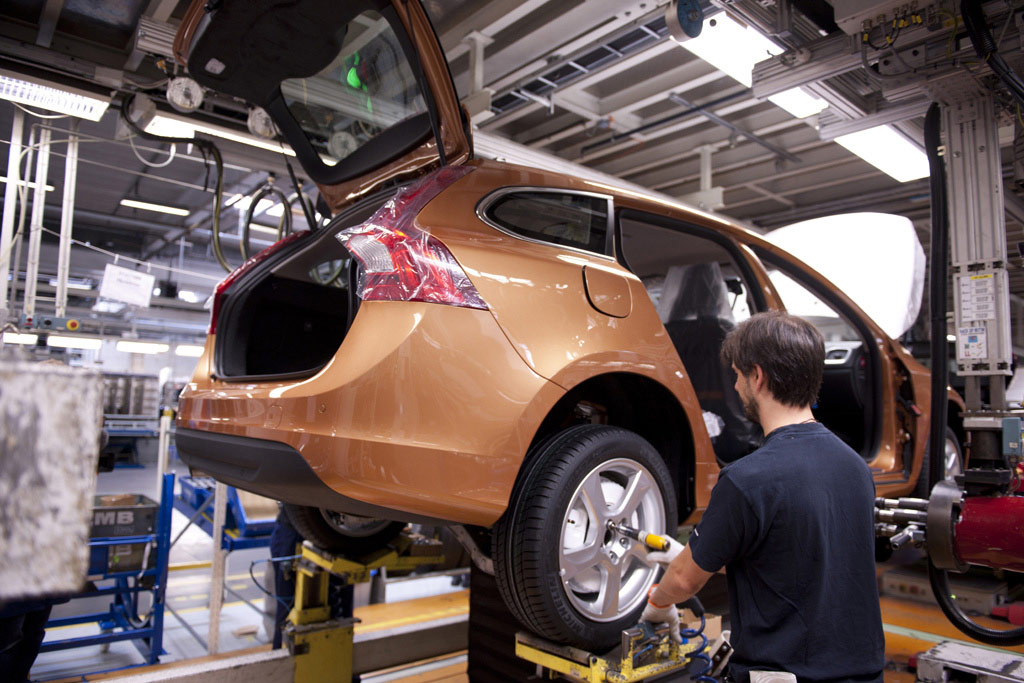 The production of the new Volvo V60 sports wagon has started in the Torslanda plant. The V60 is together with the all-new S60 sedan the most dynamic Volvo so far. At full production speed some 240 V60 cars will produced on a daily basis in the factory.

The first verification prototype of the new Volvo V60 sports wagon passed through the Torslanda factory back in January as part of the pre-series production process. Now has the customer car production started – and the V60 is actually the first car manufactured in the new Volvo Car Corporation production system called GPDS (Global Product Development System) in Torslanda.

Some 60 cars will be manufactured per day the coming weeks. In mid-September the daily production rate will increase to more than 100 cars and in early November, at full speed, some 240 Volvo V60 cars will be produced.

“I’m totally convinced that our co-workers will perform brilliant and that the introduction will be one of the best – maybe the best – in the Torslanda plant history,” says Magnus Hellsten, Senior Vice President Manufacturing at Volvo Car Corporation.

The annual V60 production is estimated to 50,000 cars. 90 percent of them will find European customers. The five largest markets are Sweden, the United Kingdom, the Netherlands, Italy and Germany.

Best quality results ever
All in all, five different Volvo models are manufactured in Torslanda plant. The new V60 is accompanied by the S80, V70, XC70 and the XC90. Last year 102,762 cars were produced in Torslanda. This year it looks like the number will rise to some 135,000 cars.

“In conjunction with the global economical crisis the factory had a tough period, but has now recovered. Our co-workers have put a tremendous deal of effort into increasing efficiency and introducing standardized working methods. We do actually deliver extraordinary quality results right now – best ever. Therefore it feels great to have a new car in our production portfolio,” says Magnus Hellsten.