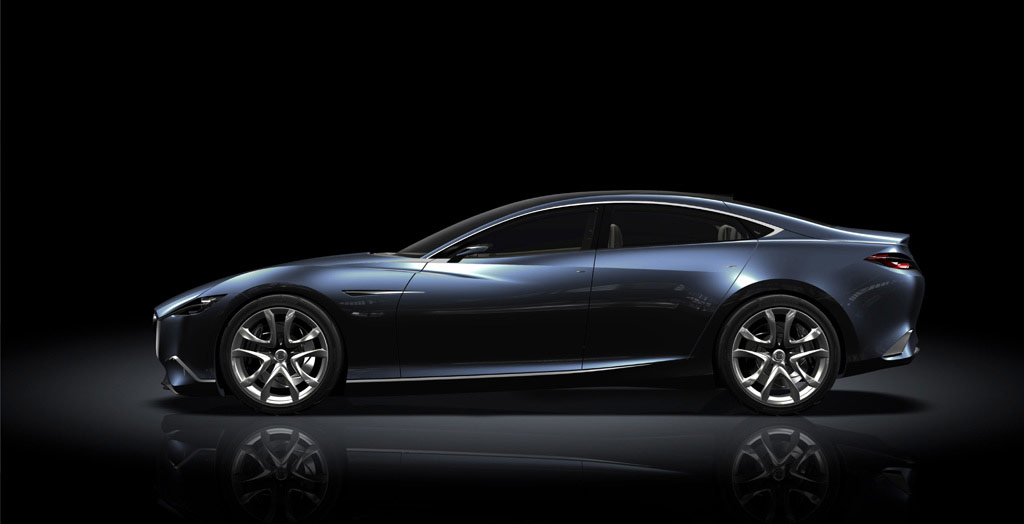 Since launching its first passenger car, the Mazda R360 Coupe, exactly 50 years ago, Mazda has spent many years exploring the concept of ‘motion,’ offering customers designs that are exciting both to view and to drive. In particular, since the launch of the Zoom-Zoom brand message, Mazda has pursued the concept of more athletic and sporty motion, and has adopted dynamic designs for all Mazda models starting with the Mazda6 and followed by the RX-8 and the Mazda2. In recent years, this motion-based design has been further extended to incorporate the theme of ‘motion inspired by nature’, embodied in the Mazda NAGARE concept car series and the all-new Mazda5.

As a result of these initiatives, since the launch of the first Mazda6 in 2002, Mazda design has been the subject of great acclaim, receiving 30 global awards for car design alone.

Ikuo Maeda, the head of Mazda’s Design Division, explains the new design theme in this way:

“In our work to further evolve the expression of motion, Mazda Design has focused on the strength, beauty and tension found in the instantaneous movement seen in animals. This motion that is so full of vitality that it stirs the emotions of those who see it. We have named it ‘KODO – Soul of Motion’, and our aim is to express movement with forceful vitality and speed as the design theme for Mazda’s upcoming models.”

“Mazda’s four design studios located in Japan (Hiroshima and Yokohama), Europe (Frankfurt, Germany), and North America (Irvine, California) are currently combining to take up the challenge to achieve a breakthrough in the expression of motion in car design, and incorporate this expression into our future products.”

The Japanese word shinari describes the powerful yet supple appearance of great resilient force when objects of high tensile strength, such as steel or bamboo, are twisted or bent. It also refers to the appearance of a person or animal as it flexes its body in preparation for a fast movement, and it is these images that form the basis for the name of this concept car.

With images of strength flowing across every panel and part, the Mazda SHINARI looks ready to leap at any second. This form incorporates the expression of a strong backbone running through the body, the sudden release of pent-up energy, and the interplay of beautiful, supple movements. The distinctive front fenders represent the further evolution of the prominent fenders introduced on the RX-8. They highlight the dynamic movement expressed in the sides of SHINARI, in a style that is both sporty and elegant. Together with the further three-dimensional sculpting of the front grille, the design proudly emphasizes the Mazda lineage. There is a powerful line of movement originating at the grille and continuing through the bonnet, fender, front lamp modules and bumper. Finally, an aluminum floating bar linking the grille with the headlights enhances the three-dimensional expression of speed.

In the interior, Mazda Design has created the ‘ultimate athletic space’ focused on linking ergonomics with basic mechanical functions. We have designed the optimum space for both the driver cockpit, to enable the driver to focus on the task of driving, as well as the passenger environment, offering a sense of openness. In this model, Mazda offers new ideas for the human-machine interface in cockpit design, enabling the driver to switch at will between three modes: Business, Pleasure and Sport, to enjoy driving in line with the situation at the time.