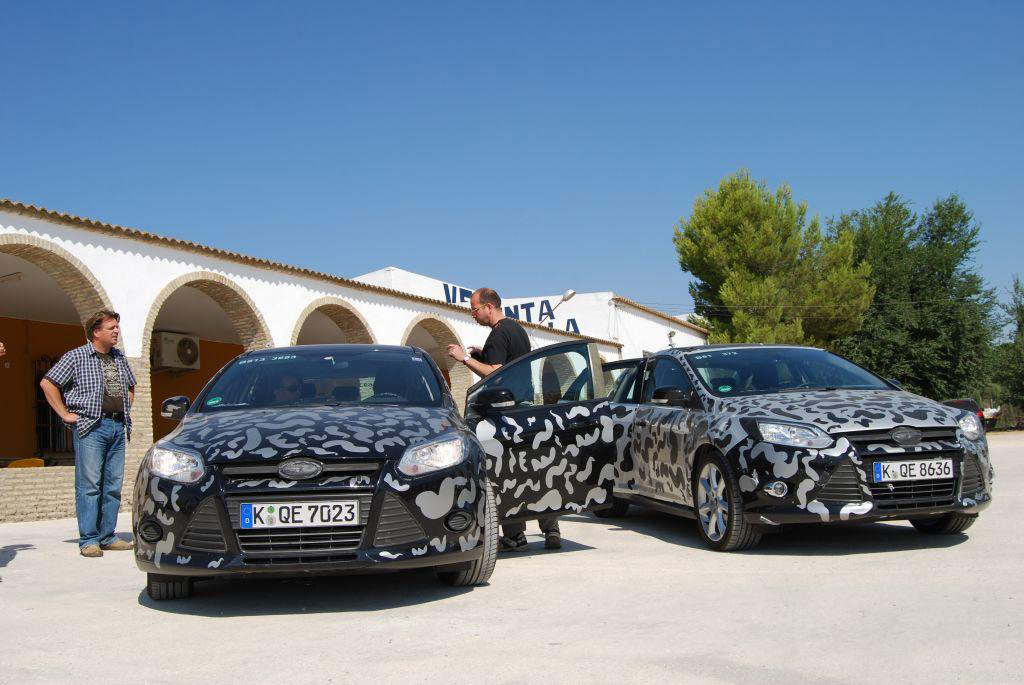 The next generation Ford Focus has been tested in some of the most extreme locations on the planet – over frozen lakes, across the hottest deserts and up and down high Alpine passes to ensure impeccable reliability and dependability wherever it is sold.

While many of these tests focus on how such climate extremes affect the performance of the vehicle, the comfort of the driver and passengers in these tough conditions is equally important.

Ford’s climate control test team travels the world to ensure that the car’s EATC (Electronic Automatic Temperature Control) system can handle any conditions. The system needs to be able to cool the occupants down quickly and comfortably in scorching sun and warm them up just as rapidly when the temperature drops.

In the next generation Focus, which goes on sale early next year, the EATC system cools occupants more comfortably and efficiently than ever before. The fans are quieter and are capable of moving cool air through the cabin more quickly. The team’s task is to fine-tune this system.

One of the team’s regular testing locations is Antequera in Southern Spain. In the height of summer this is one of the hottest places in continental Western Europe, with temperatures regularly rising above 40 deg C.

Ford systems engineer Klaus Schuermanns is here for two weeks, driving up to 500km a day, six days a week.

“We are doing a subjective and an objective evaluation of the EATC system so that we can finalise its calibration. We take the data from the EATC, compare with how we feel inside the car, as well as with objective data from the cabin, such as the breathing level temperature. We then make adjustments to fine tune the system.”

Today, the team is testing two camouflaged vehicles – a four-door version for the North American market and a five-door European-spec Focus. They are monitoring the findings from more than 200 sensors that are placed around the car. These sensors record a myriad data, including ambient temperature, AC pressures, engine speed, and sunlight. Chrome-nickel thermo couples are attached to the windows, the seats, the radio, and all around the drivers and passengers, monitoring the temperature throughout the cabin.

One of the main challenges for the team is that customers in North America have different preferences to their European counterparts, so the two test vehicles have different calibrations. North American customers generally like to feel a strong cooling effect while the European customer preference is for the cabin to be cooled but not to feel chilled. This is where the team’s experience in subjectively evaluating the system comes in. The sensors can monitor actual data, but the human experience is just as important.

After 250km of motorway driving, the two cars are parked side by side in direct sunlight.

“This is the pull down test,” explains Klaus. “The vehicles are soaked in the sun for about an hour, until the temperature in the cabin reaches about 60 deg C. Then we drive 30km or so and see how long it takes to get back down to the chosen comfort point.”

Other tests carried out by the engineers include an altitude test and a control curve, where the temperature settings are changed and the team monitors how it feels as the system adapts. As they drive the engineers can directly make changes to the EATC calibration.

“We get a lot of people trying to take pictures as we drive along,” Klaus added, “and people are always asking us about the car. But the most important thing for us is that this AC system in the all-new Focus is great. That makes our job much easier, not to mention more comfortable.”