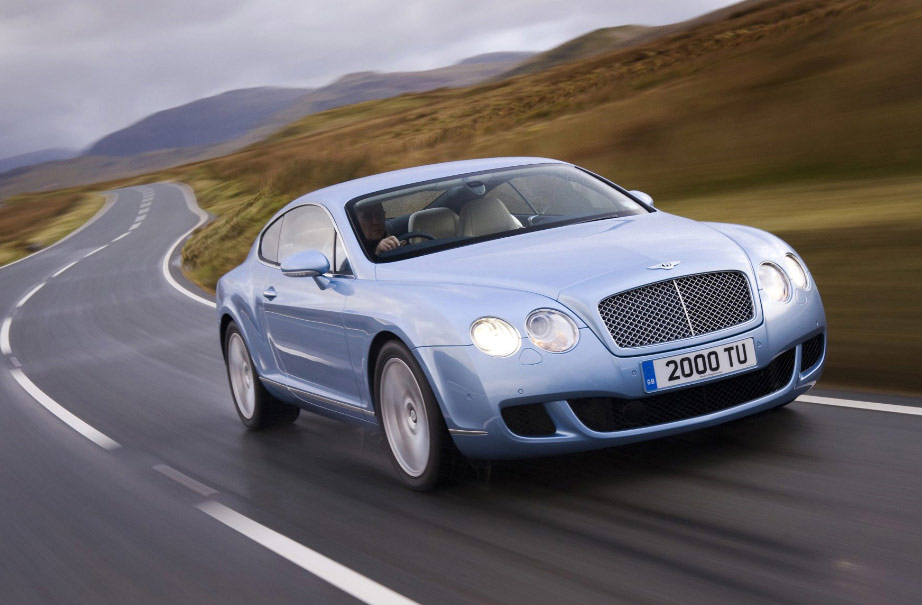 Bentley will reveal its new and compelling vision of the Continental GT next month with a unique internet reveal. The studio lights are switched-on and the cameras will start rolling at 1500 British Summer Time on Tuesday 7 September.

The week-long public reveal (available both day and night) will be hosted at www.ContinentalGT.com with the opportunity for viewers to enjoy the drama of a formal motor show ‘unveil’ as well as taking several bespoke and virtual tours of the Continental GT by selecting a range of camera angles and distances which are all designed to showcase the Continental’s new sculpted, athletic body and powerful styling lines.

The designer behind the styling of the first, groundbreaking Continental GT coupe in 2003 and Bentley’s Design Director Dirk van Braeckel, said:

“In 2003 we designed a car like no other – a striking, luxury GT coupe combining the craftsmanship and refinement Bentley is renowned for with a purposeful, sporting road presence. Now we’ve taken the opportunity to write a new chapter for the Continental. The styling and design story in 2010 is just as dramatic and we believe this Bentley GT will be as instantly recognisable as its predecessor. We look forward to the moment the cameras are switched on and sharing the new Continental GT with enthusiasts across the world.”

Launched in 2003 the first Continental helped to spearhead Bentley’s renaissance by offering an entirely new driving experience; it was a high-luxury 2+2 GT coupe also delivering remarkable levels of everyday usability and the stirring performance (courtesy of a hugely powerful 6 litre W12 engine offering 552bhp) associated with the Bentley marque.

Over 22,000 Continental GT models have been delivered to customers since 2003 and the strength of the original engineering and design proposition inspired Bentley to create a 600bhp GT Speed stablemate, the convertible Continental GTC as well as the recently launched Supersports – a muscular 204mph supercar.