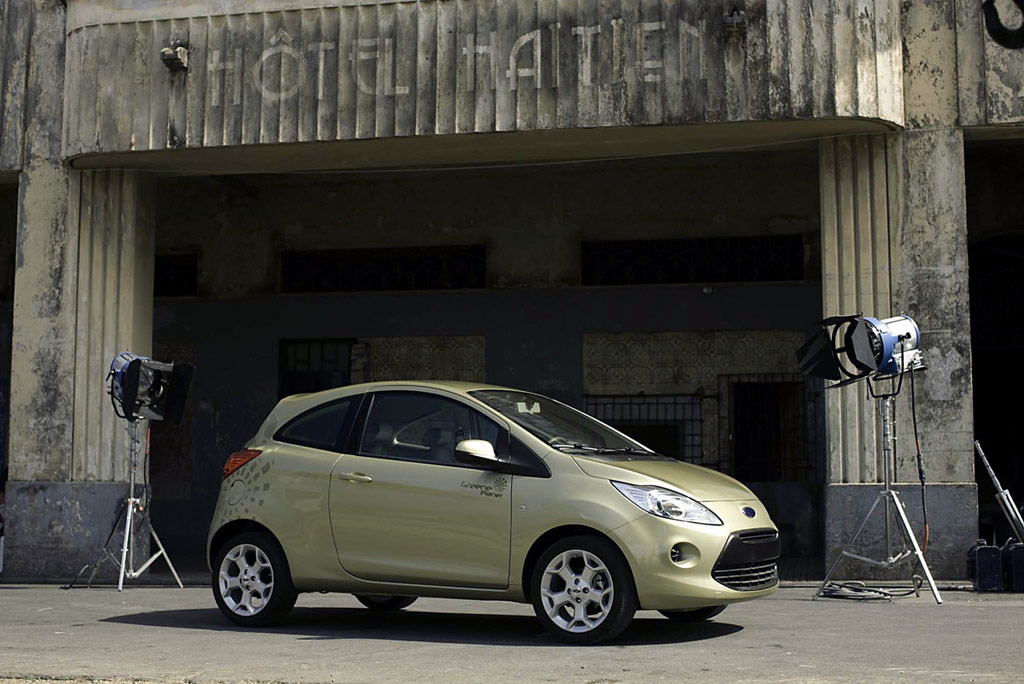 Ford’s cheeky new small car will make its screen debut alongside the film’s beautiful but feisty leading lady, Olga Kurylenko. Kurylenko plays Camille, a woman with her own personal mission and who quickly becomes an unlikely ally for Bond.

The ‘Quantum of Solace’ Ka is unique with metallic gold paint and an exclusive exterior graphics and interior trim combination.

“The new Ka is the perfect match for the character of Camille – adventurous, individual and thoroughly modern,” says Ford of Europe’s Chief Operating Officer, Stephen Odell. “We are delighted that the launch of the film coincides with the launch of such a significant new model for Ford of Europe.”

The special ‘Quantum of Solace’ Ka was created by Ford of Europe’s Design team, in collaboration with the movie’s Oscar ® award-winning production designer, Dennis Gassner. The Ka’s cameo continues Ford of Europe’s relationship with the James Bond films, following the debut appearance of the latest Ford Mondeo, in the 2006 blockbuster, ‘Casino Royale’.

Twelve years after the original Ford Ka wowed customers with its modern spirit and what has proved to be a remarkably age-less design, its successor looks set to repeat its impact.

The new model retains all the qualities which made the Ka so popular – compact size, great looks, lively dynamics and fun personality – but presents them in a fresh new package. Further technical details of the new Ford Ka will be revealed closer to launch later in 2008.

‘Quantum of Solace’ is produced for EON Productions by Michael G. Wilson and Barbara Broccoli and distributed by Sony Pictures Entertainment.

Directed by Marc Forster, the film stars Daniel Craig as the legendary secret agent, James Bond and opens in the UK and France on October 31st, then across the rest of Europe during November 2008.

The all-new Ka enjoys the spotlight of its own at the 2008 Paris Motor Show, on October 2.